Alfa Romeo has barely been back in F1 for five minutes (yes, we know the team is still basically Sauber) and already, it’s decided to pay homage to the fact with a couple of special editions of its road cars – the Giulia and Stelvio.

Based on the top-of-the-range Quadrifoglio versions (obviously), under the skin the ‘Alfa Romeo Racing’ edition cars are basically the same as the standard cars. The main change, as I’m sure you can see, is the colour scheme inspired by the livery of the Alfa Romeo C38.

They even look good from the front. If only the F1 team had done something similar on the nose of the C38, maybe it could have broken into the top three in our livery rankings!

As well as the livery, the cars also feature some carbonfibre trim on the inside and outside, completing the look.

Funnily enough, the names of the road cars also feature on the engine cover of the F1 car and the driver’s overalls – Antonio Giovinazzi gets ‘Giulia’ while Kimi Raikkonen is ‘Stelvio’ (presumably Kimi got the SUV because he’s a proper family man these days). 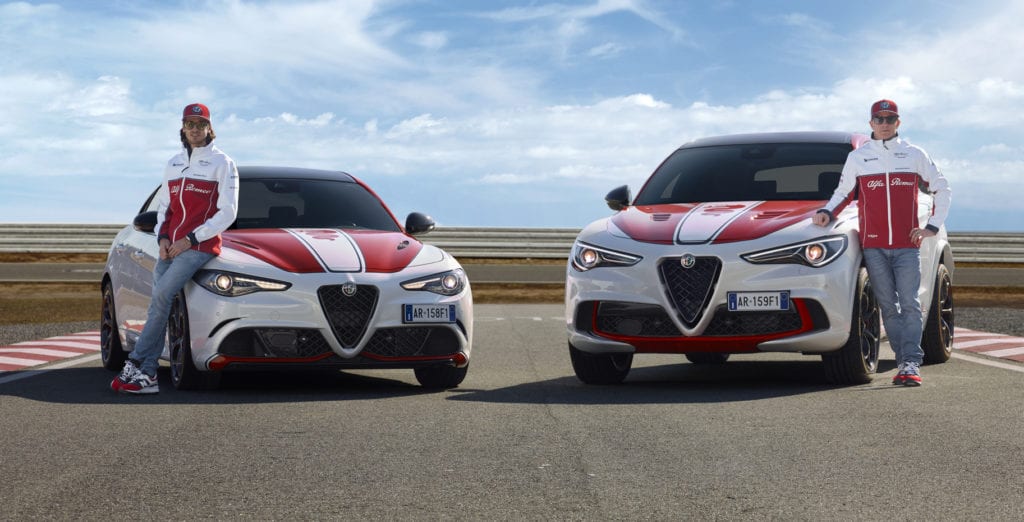