Alfa Romeo Invert Their Livery For 2021 And It Looks Awesome

It’s time for another 2021 livery reveal, and this time it’s the turn of Alfa Romeo. The C41 was revealed to have almost an inverted livery to 2020, with new red sidepods rather than the white that could previously be found on the car.

Launched in Warsaw, the car’s unveiling gave us big Eurovision vibes, with some impromptu ballet kicking things off. Two grand pianos played classical music to the ballet, as well as when any guest appeared on stage.

How do we get a guy to play the piano for us whenever we enter a room?

We think this new livery is stunning! Driver Antonio Giovinazzi also agrees, saying the C41 is the most beautiful car he has driven during his time in F1.

They flipped the livery #C41 pic.twitter.com/nXOBmzbD0m

What do you think of the C41? Let us know in the comments below. 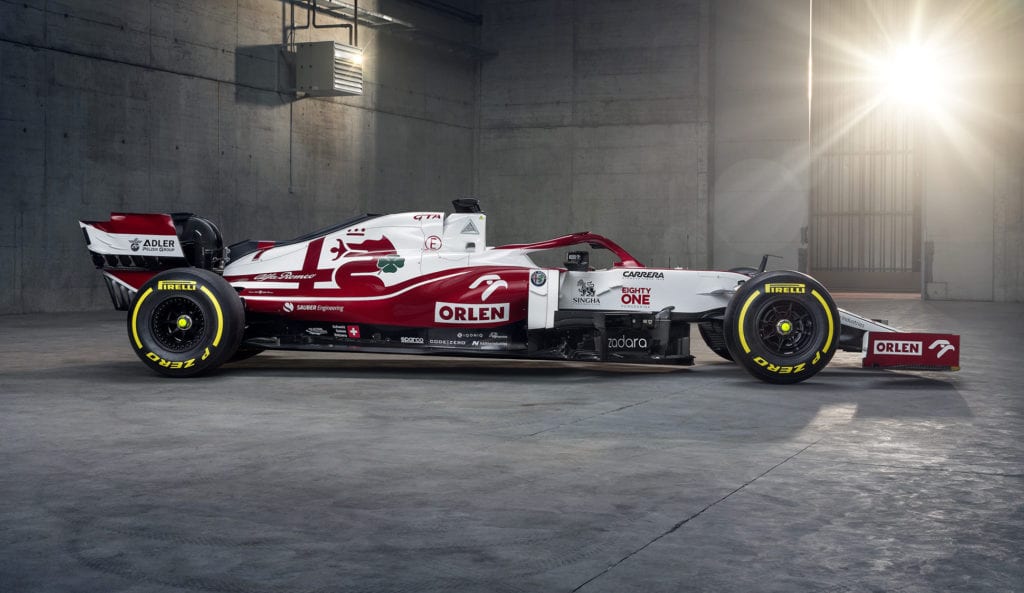