Raikkonen and Giovinazzi finished seventh and eighth respectively but were demoted to 12th and 13th after a stewards’ investigation for mimicking traction control at the start. And you thought the drama at Hockenheim ended at the chequered flag! Alfa was deemed to have transgressed the rules regarding clutch settings, giving the drivers an advantage despite it being a matter of milliseconds. The team was found guilty of breaching “Article 27.1, as related to clutch torque application during race starts”.

The shuffling of the classification meant that Kevin Magnussen and Romain Grosjean moved up to seventh and eighth, while Lewis Hamilton and Robert Kubica crept into the points in ninth and 10th. It meant that Williams scored its first point of a dismal 2019 season. But, the whole saga isn’t over just yet.

Alfa team boss Frederic Vasseur believes the team has evidence to prove that extraneous circumstances led to the clutch irregularities, leaving him confident of a further change to the official classification. He told Autosport:

“The situation arose during the laps we spent behind the safety car ahead of the standing start – we suffered a dysfunction of the clutch that was beyond our control and we will further investigate the issue. We respect the FIA’s process and the stewards’ work, but will appeal this decision as we believe we have the grounds and evidence to have it overturned. In this regard, we will be in touch with the FIA soon.”

Alfa did put out an alert hours after the decision was made by the FIA on Sunday evening, but has now completed paperwork to make a formal appeal and confirmed it on Twitter this morning.

Alfa Romeo Racing lodged an appeal against the decision No. 56 and 57 of the Stewards of the 2019 German Grand Prix. #GermanGP pic.twitter.com/OJ7V6TznzB

If it’s successful, Haas will scoot back down to the end of the top 10 and Hamilton and Kubica will lose their points. For Williams, it means the agonising wait for a point will go on. For Hamilton, the gap in the Drivers’ Championship to Bottas will go back down to 39 points. 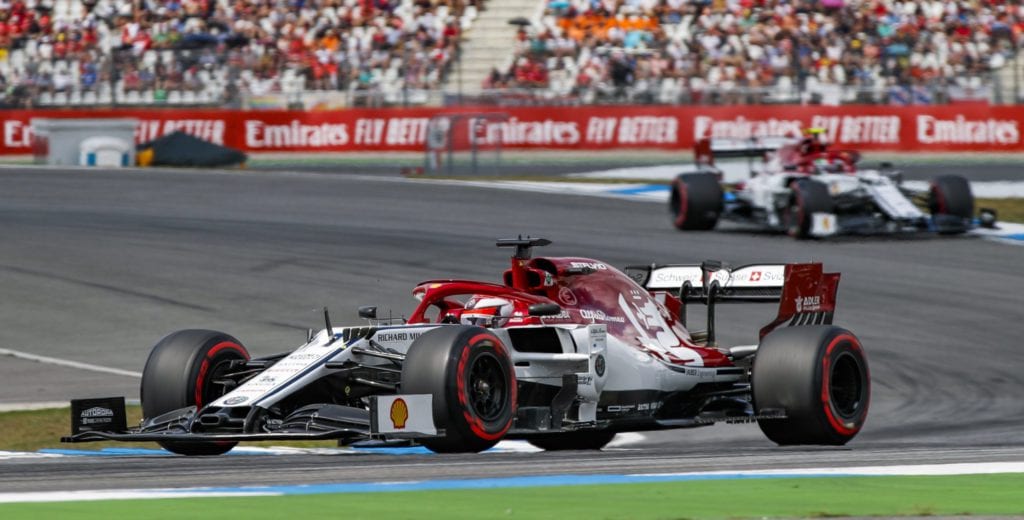