Alfa Romeo Is Returning To The BTCC Next Year – WTF1
Skip to content
×
News , Touring Cars

Alfa Romeo Is Returning To The BTCC Next Year

The BTCC line-up has been seriously missing some Italian flair in recent years, but that’ll be resolved in for the 2018 season with the return of Alfa Romeo.

Handy Motorsport will run a front-wheel-drive Alfa Romeo Giulietta from next season onwards, with fan-favourite Rob Austin behind the wheel of the car.

The news was announced on Sunday morning, just ahead of the first race of the Rockingham round, with Handy Motorsport joining forces with the Alfa Romeo Dealer Council.

Alfa has a rich history in motorsport and touring cars, but hasn’t been on the BTCC grid since 2007, so it’s been a while since the field has featured some Italian flavour.

It has taken the BTCC title twice before, with Andy Rouse in 1983 and Gabriele Tarquini in 1994.

Swindon-based Handy Motorsport is run and owned by ex-BTCC backmarker Simon Belcher, and currently runs a Toyota Avensis for Austin.

Quite a drastic change, then, going from an Avensis to a Giulietta. Work has been underway for some time preparing Alfa for its return to the BTCC with the team.

Austin will contest the outright championship and Independents Trophy with the Giulietta, and Alfa’s return to the BTCC has the support of premier Alfa dealers too. 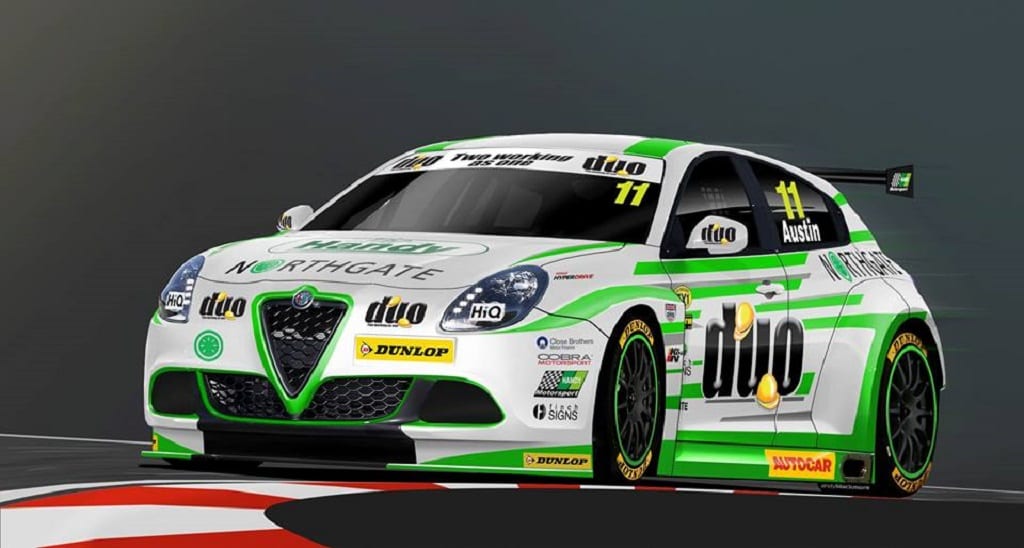