Formula 1 recently revealed that it’s looking at the possibility of introducing a qualifying race to set the grid for the main grand prix. A good idea? Who knows, but it continues the sport’s seemingly endless obsession with tinkering with the qualifying format over the last couple of decades. But of all those different formats, which one was actually best? We’ve ranked them in order from worst to best, so read on and see if you agree…

Of course, this one is the worst. It lasted for just two races at the start of the 2016 season and saw an elimination element added to the normal three-part qualifying. Every 90 seconds the slowest driver would be out – the idea was to add drama and have more cars on track, but it had precisely the opposite effect. Fans hated it and it still makes me seethe with rage now just thinking about how bad it was.

I’m all for trying out new things, but this removed all the good elements of qualifying and made it much less of a spectacle. Worst of all, teams told the FIA it would mean fewer cars on track, and they ignored them. Then when it was abundantly clear it was terrible in Melbourne, they ignored the advice and had us all sit through it again in Bahrain! Thankfully enough was enough and F1 reverted to the old system, but two races of elimination qualifying was two races more than anyone should be forced to sit through.

Pros: Errm… good intentions?
Cons: Fewer cars on track, results decided well before the chequered flag, there was nothing wrong with the existing system

Another spectacularly bad idea came in 2005 when drivers grid positions were decided by the result of two single-lap qualifying runs added together. The first laps were run on Saturday on low fuel, the second lap on Sunday morning on race fuel. The problem is that no-one watched the Sunday morning runs and because they weren’t as important anymore, no-one watched the Saturday runs either.

Thankfully this one only lasted six races into the season before they reverted to the old one-lap system. The only reason this was better than elimination quali was because there was at least some interesting guesswork going on with teams having to judge the driver’s fuel loads on the Sunday morning runs. Other than that? Terrible.

F1s longest running format lasted for a massive 46 seasons. There were some changes in that time, such as when there was an extra pre-qualifying session to whittle down the field before the main session, but it was largely the same: two sessions, one on Friday, one on Saturday, low fuel, sticky tyres, fastest driver on pole.

Sounds great, and it could be exciting – but as F1 became more and more prominent on TV, it became clear that it didn’t work that brilliantly. And if Friday was dry and Saturday was wet, then, well, Saturday’s session was completely useless.

Pros: Drivers went flat out, it was a simple and straightforward method of setting the grid
Cons: Didn’t work well for the TV era, if it rained then drivers didn’t bother going out

A fond favourite of many, from 1996-2002 the grid was decided during a one-hour session in which each driver had 12 laps (including inlaps and outlaps) to set their best time. When it was good, it was really, really good – you’d get drivers pushing each other for pole in the dying minutes and it could be incredibly dramatic.

The drawback is that for the first 40 minutes of the session, most of the top drivers and teams would stay in the garage, waiting for the likes of Minardi to trundle around, clean up the racing line and lay some rubber down. Occasionally the top teams would get caught out if there were some drops of rain, though, and we’d get a properly jumbled order – always a good thing!

Pros: Thrilling final moments, drivers giving it everything on low fuel
Cons: Nothing would happen for most of the session

The current system has been in place since 2006, taking the best bits of the one-hour session (the last few minutes) and making that feeling of suspense last for the whole hour. Like other formats, it’s had a few slight tweaks over the years. There was the weird Q3 ‘fuel burn’ phase in 2006 and 2007, and the race fuel qualifying until 2010. The lengths of each part of have also changed slightly, but largely the knockout system has been a consistent and solid way of setting the grid, with hardly any drawbacks.

If there are no drawbacks, then why is it only second? Well, yes, the drama as each part ends is fantastic and yes, we get to see drivers pushing flat out in their quest for pole. But for me, it fails in one area: mixed-up grids.

These days, we hardly ever see a midfielder snatching an unlikely pole because of a well-timed rainstorm, or front-runners missing out because their first flying lap wasn’t up to scratch. Any surprises tend to be minor – A Ferrari on pole and not a Mercedes, Renault just missing out on Q3, a Sauber getting into Q2. Generally speaking, knockout qualifying plays out in a similar way every race. And whilst it’s very, very good, just once I wish it’d lead to a Sauber taking pole or half of the title contenders starting at the back. That sort of thing has happened in the past, but it’s far, far more uncommon now.

Pros: Consistently exciting, plenty of action for the whole hour, we get to see drivers at their fastest
Cons: Not much scope for something unexpected and ridiculous to happen

Yeah, one lap qualifying was my favourite. Before you rush to the comments to tell me why I’m wrong, I know there were flaws. I know that having an extra session devoted entirely to setting the running order for qualifying was silly. I know that seeing drivers deliberately go slowly in that first session to get a better slot for qualifying was ridiculous. And I know that drivers having to qualify with their fuel loads meant the driver who was truly the quickest wasn’t on pole. But I don’t care because, for me, the positives far outweigh the negatives.

Firstly, you got to see every driver’s lap from start to finish. These days the focus is often on the front runners and with so much going on it’s difficult to know where to look. When there’s only one car on track, you know exactly where to look. You can see how each driver does in each sector, spot where they might be making small errors or gaining time, and you could see how different cars were performing. It also gave commentators more time to speak about each driver, giving you a broader understanding of the grid as a whole, other than just hearing their names in a quick summary at the end of a session.

On top of that, the need for drivers to go out and nail a lap first time out was critical and it really rewarded certain drivers. Jarno Trulli was great at it, but the real master was Mark Webber. It wasn’t at all surprising to see him plonk his uncompetitive Jaguar right at the sharp end of the grid. It rewarded a certain type of driver and was a nice, natural way of providing some variation in the starting order.

And whilst we’re talking about mixed-up grids, getting rain halfway through qualifying would really mess things up. You’d get most of the quick guys at the back with midfielders suddenly thrust up to the front, turning races on their head. A little bit random? Perhaps, but that was the situation at the Japanese GP in 2005, and it led to one of the most exciting races of all time. If we still had one-lap qualifying, I’m willing to bet we’d have had a few more Suzuka 2005s since then.

Pros: Potential for jumbled-up grids, you get to follow every lap of every driver
Cons: Not always entirely fair, less track action for fans trackside, drivers qualifying with race fuel was always bad

With a couple of tweaks, I’d love to see one lap qualifying make a return, but there’s nothing wrong with the knockout system we have now. Qualifying races? Sure, it’s not traditional, but that’s no reason not to give it a go. If it doesn’t work, they can always change it back… 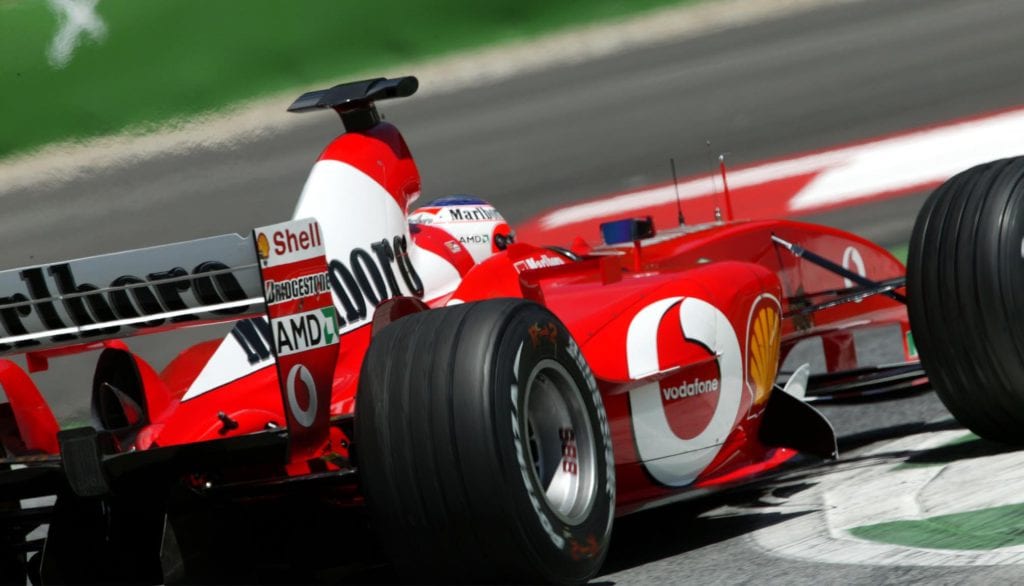