When it comes to the liveries of the 2019 F1 grid there’s been a whole range of approaches. Some teams have kept things pretty much the same, some have made a few changes, while others have gone for a radically different look.

This year we were even treated to a couple of one-off launch liveries from Red Bull and Alfa Romeo. I’ve thrown those two in as well, because why not? Also, all of the liveries this year are actually of very decent quality, making the 2019 field as a whole an extremely good looking one. Just because I’ve ranked a team low, it doesn’t mean I don’t like it! Anyway, without further ado, let’s get ranking!

The moment Rich Energy was announced as the team’s title sponsor last year you just knew that the car would be black and gold, and so it turned out. There’s nothing wrong with it as a colour scheme, it’s just a bit… well, uninspired. As with every black and gold livery other than the JPS Lotuses, there’s too much gold – and also too much white from the Haas logos. It’s quite smart, yes, I was just hoping for a bit more flair.

Huge props to Williams for actually doing something different. For all the world I was completely expecting a plain white car with a few dark blue stripes. What we got instead were a new title sponsor and a very different design. Up close the gradient is very apparent and it looks a little bit dated but from a distance, it starts to make a bit more sense.

It’s not perfect but I hope Williams sticks with the colour scheme. Overall, the new identity is a decent one and I could easily see the livery evolving into a very clean design. Plus, from a side view, the blue/white/blue pattern combined with the Rokit logo makes it look a little bit like the flag of Argentina which, as a closet vexillologist, is rather pleasing.

If it was a bit unexpected when the new Alfa appeared at Fiorano a few days ahead of schedule, it was a complete surprise when it was decked out in a special Valentine’s day launch livery. Up close it’s seriously cool, mixing hearts with the Alfa cloverleaf, but from a distance you couldn’t really see the detail. It’s very much a testing livery – an awesome one, yes, but I’m glad it hasn’t ended up being Alfa’s new look.

Each year Mercedes rejigs its livery ever so slightly while retaining the same basic design – some years it’s a hit, in others it’s a miss. Although this year is a definite hit, in a year with so many good-looking cars it doesn’t really stand out enough for me. Don’t get me wrong, it’s still bloody nice – those extra turquoise accents are ace – but I’m not a massive fan of the pattern on the engine cover, nor the fact that the team appears to have ditched the distinctive coloured driver numbers for black ones.

Controversial? Maybe. Don’t get me wrong, when the car was launched it did look mind-blowingly good in the studio shots. Then it went out on track and again, it looked amazing. But almost a week later I’ve grown slightly ambivalent – when compared to the black and white dazzle camo RB11 and last year’s digital blue RB14, the red streaks of the RB15 have worn out their welcome far more quickly.

When it was revealed my first thought was of a late-2000s Toro Rosso – in a good way. It still reminds me of that, but now it’s all I can see. And if the livery of a car reminds you of a completely different team, that’s probably not a good thing.

When BWT started sponsoring Force India in 2017 the pink livery became an instant classic. Last year’s car refined it into an even more eye-catching design and this year – with the team now Racing Point – it’s gone a step up again. The extra flashes of blue courtesy of the SportPesa sponsorship work really well and has the added effect of giving the Racing Point a slightly different identity to that of Force India. It’s still a car which you’re definitely not going to mistake for anything else, though, and that’s absolutely a good thing.

The Red Bull livery is already heading towards territory occupied by the likes of the Marlboro McLarens and JPS Lotuses as one of the most iconic liveries in F1 history. The simple, matte, block colour design adopted a few years ago is the best of the lot and, as cool as the team’s testing liveries are, we’re glad the team is keeping a consistent identity.

The reaction seemed to be somewhat negative when Renault revealed almost exactly the same colour scheme as last year – why? The team hit the nail on the head last year with the perfect combination of yellow and black and I’m glad things have stayed the same for 2019.

Like Red Bull, it’s memorable – important for a manufacturer – and plays up to Renault’s historical colours without relying on being retro. Plus, yellow is always cool.

The team has built on last year’s livery by improving it in almost every way. Stretching out that glorious shade of red to the rear wing and the Halo makes it look so much nicer and that stylised Alfa Romeo badge is a huge improvement. The only thing I wish the team had done is to make the redness (it’s a word and I’m running with it) stretch over the nose of the car some more because from a front-on view, it is a little bit plain.

That’s a very minor criticism, though, and I can understand why the front has been left mostly white – if it was too red, it might look too much like a Ferrari, and the Scuderia can’t have that! Although this year, maybe it wouldn’t have been much of an issue…

The Toro Rosso is the same as last year. And the year before that. But if it ain’t broke, don’t fix it. It almost seems wrong that the junior team has got a much better-looking car than the senior team, but if anything that just makes it cooler. Its effectiveness comes from the fact that it’s so simple – a gorgeous shade of deep blue, flashes of bright red, and shiny chrome. It’s a cohesive design that works from every angle.

Just because a livery stays the same for year after year after ear does not make it bad. In fact, that’s the formula for how a livery becomes iconic. That and the fact that it has to look good in the first place, which the Toro Rosso absolutely does.

If any other team revealed a new livery that was the same colour except with matte paint and a few of the white flashes switched to black, it would barely even be worthy of mention. But when that team is Ferrari, it’s a huge deal.

For years – decades even – I’ve wanted to see the team replace the white with black to mirror the awesomeness of Ferraris from the late 1980s and early 1990s. Now that they have, it looks better than I could ever have imagined, though it still has a couple of very minor flaws. Firstly, to really complete the look, the wheel rims should either black be or gold, rather than silver. And secondly, from some camera angles and in some lights, the car occasionally looks more orange than red. And for a Ferrari, that doesn’t seem quite right.

In 2017, F1 fans finally got what they wanted – an orange McLaren, a throwback to the team’s early days. Unfortunately, it was the wrong shade of orange and there was a bit too much black. Last year the proper papaya returned – the car looked much better, but with so much empty space there wasn’t much to enjoy about the livery apart from the colour itself.

The MCL34, though… now that’s a livery! Not only is there more blue, but it’s slightly brighter, creating a brilliant contrast with the papaya. The design on the engine cover looks brilliant (especially with the driver’s number positioned on that tiny shark fin-like bit) and though the amount of black around the bottom of the car has increased, it’s just the right amount of black. All the sponsors McLaren has gained fill out the extra spaces nicely and the result is an eye-catching, attractive and thoroughly modern design.

The saying goes that if a car looks right, then it probably is right. If there’s any truth to that at all then 2019 will be McLaren best season for ages. I hope the team is further up the grid than it was last year, anyway, because that means we’ll all get to see more of it on our TV screens.

If you disagree with my choice for the top spot (which I imagine you probably do) then let us know which your favourite is by voting in the poll below (refresh the page if it doesn’t appear straight away). 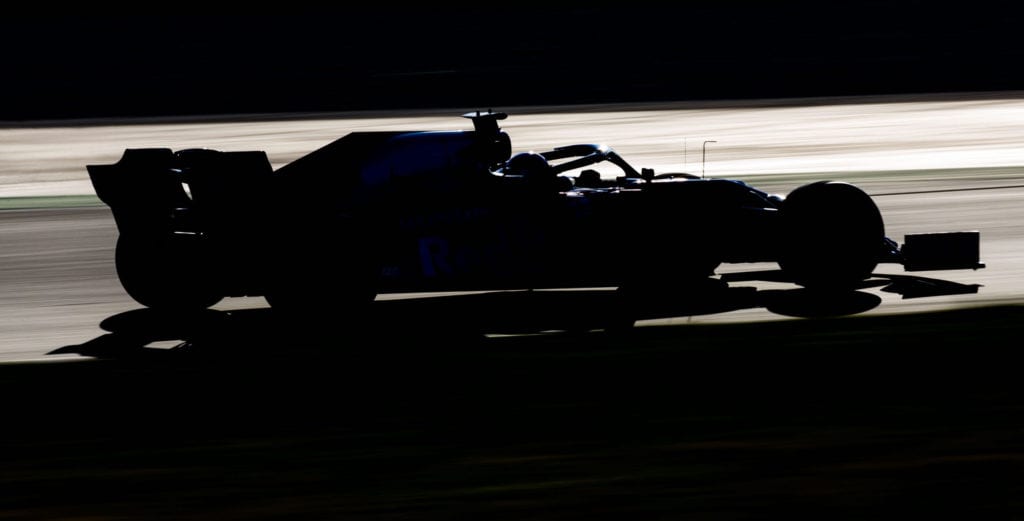