Alonso, Barrichello And Kanaan Will Race A WTF1 Car In The iRacing Daytona 24 – WTF1
Skip to content
×
Gaming , News , WTF1

Alonso, Barrichello And Kanaan Will Race A WTF1 Car In The iRacing Daytona 24

Two-time F1 world champion Fernando Alonso, F1 legend Rubens Barrichello and IndyCar champion Tony Kanaan will all be competing in the upcoming Daytona 24 iRacing championship in a WTF1 car. Can someone pinch us?

Set to happen this weekend, the world-famous Esports event will be the fifth anniversary of the virtual race. Hundreds of participants take part from across the globe, from the best sim racers to professional race car drivers.

The 24-hour event will see Alonso and Barrichello in the LMP class, with Kanaan racing in the GT class.

All three drivers have competed in the real-world Daytona 24 Hours before, with Kanaan winning the event in 2015 and Alonso following suit and taking victory in 2019.

Alonso and Barrichello are no strangers to racing together in the online world, joining forces for the Le Mans 24 Hour Virtual in 2020 as teammates. The duo also competed against each other in F1 for several years and are great pals.

“We never got to race as teammates in Formula 1, so it’s pretty fun to now do it virtually,” Barrichello said about working with Fernando.

“I really enjoy racing on the sim, although when my son Dudu is home, there is always a battle as to who gets to jump in it first. The iRacing events are really competitive, and you have to stay super sharp to be in the pace.

Kanaan joined the two for the iRacing Spa 24 Hour last year, with all three being victorious in their split.

The three superstar drivers will be divided between the two-car team for this weekend’s race. Alonso and Barrichello are joined by esports stars Olli Pahkala and Isaac Gillissen in an LMP2 Dallara.

Meanwhile, Kanaan will be behind the wheel of a GT-spec Chevrolet Corvette with iRacing YouTuber David Sampson, plus Dan Suzuki, Bruno do Carmo, Luiz Tavares, and Augusto Costa.

Our invite must have been lost in the post, guys. We’ll be on standby though, just in case you need us. *nudge nudge*

With all three drivers having tons of experience behind them and a passion for sim racing, we are expecting big things. Kanaan holds the record for the most consecutive IndyCar starts at 318, with Rubens and Fernando being second and third respectively on the list for all-time F1 starts.

Our very own Matt and Tommy sat down with the three drivers ahead of the competition for a podcast which you can listen to now!

We’re super proud and can’t wait to see how they get on in the Daytona 24 iRacing event over the weekend, January 22nd until 24th. Good luck team! 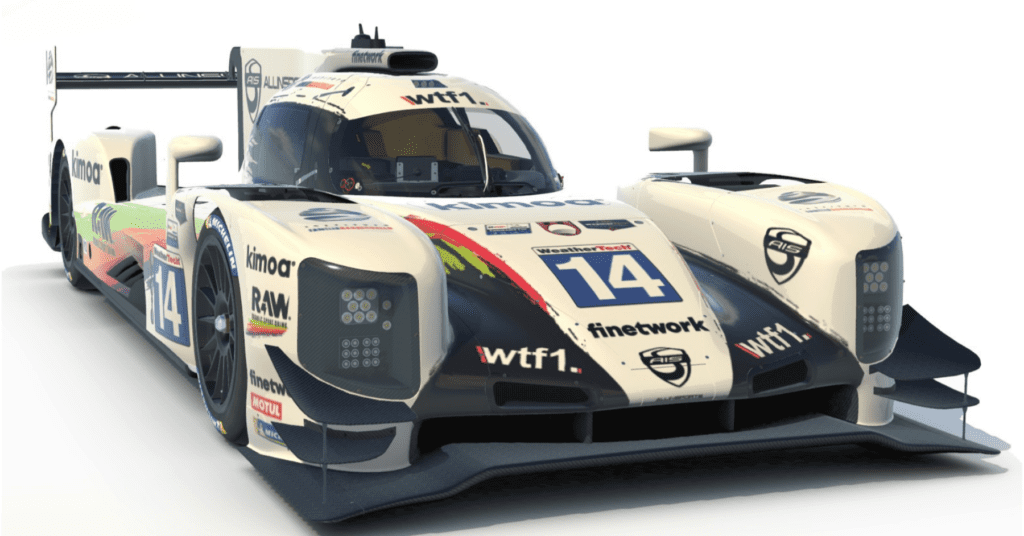