Yep, it actually happened! Despite a huge number of near-misses and an incredible knack for snatching defeat from the jaws of victory, Toyota has finally managed to win Le Mans to become just the second Japanese manufacturer (after Mazda in 1991) to win the French classic.

On top of that, the winning car was the one with the really big name in it. The No.8 crew of Fernando Alonso, Sebastien Buemi and Kazuki Nakajima led home the No.7 car of Kamui Kobayashi, Mike Conway and Jose Maria Lopez by two laps to give the Japanese marque an emotional victory.

It was a close fight between the two cars for much of the race, too, until a fuelling issue for the No.7 with a couple of hours dropped them more than a lap behind, effectively ending the battle.

But although Alonso may be the star draw, Toyota gave the honour of the final stint to Nakajima – the man who put the car on pole and the man who was a lap away from winning in 2016. Very fitting, don’t you think? The overall podium was rounded out by the No.3 Rebellion, 12 laps behind the winner.

LMP2 was won – no, wait, dominated by the No.26 G-Drive Oreca of Jean-Eric Vergne, Andrea Pizzitola and Roman Rusinov, whilst GTE-Pro was dominated by Porsche, with the retro No.92 Pink Pig-liveried 911 winning ahead of the No.92 ‘Rothmans’ car. Porsche also won the GTE-Am class courtesy of the No.77 Dempsey-Proton car.

The race is ultimately one of redemption for Toyota, though, to the point where the story of Alonso checking off the second leg of the triple crown almost has to take a back seat. Still, you have to wonder if winning this will have any effect on whether or not he wants to stay in F1 next year… 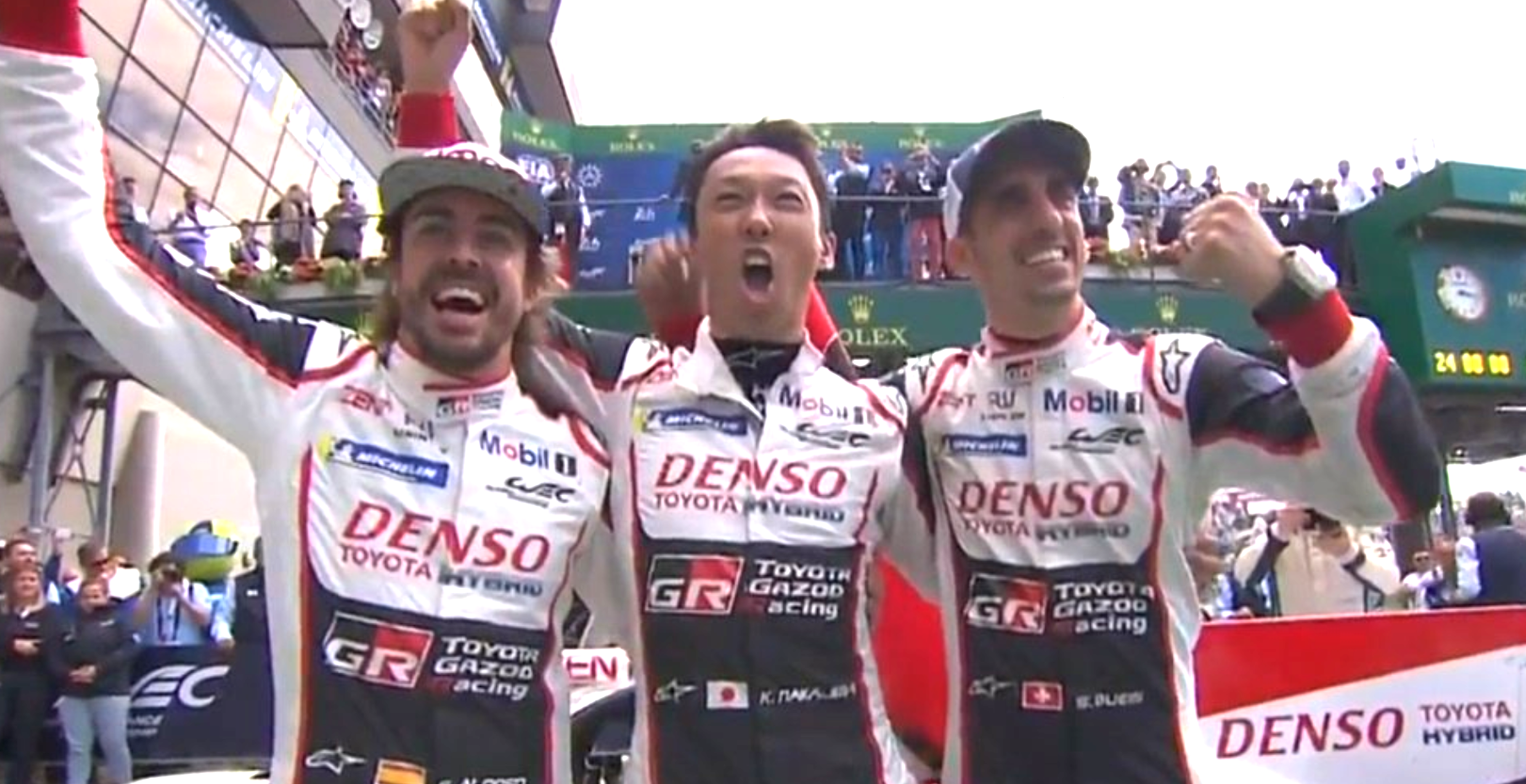