Alonso Compares Hulkenberg’s Driving At The Start To Grosjean In 2012 – WTF1
Skip to content
×
Formula 1 , News

The Belgian GP start crash looked rather similar to the start of the 2012 race, when Romain Grosjean triggered a huge accident which also eliminated several drivers.

Grosjean was given a race ban for causing it and Alonso – who was involved in both crashes – was understandably unimpressed – and even hinted that Hulkenberg should perhaps be given a similar punishment. After the incident he told the BBC:

“Yet again a very big-time missed braking point. Last time Romain had a race ban. This time we’ll see. It’s hard to understand how you can miss a braking point that much. You arrive at a speed where it’s impossible to negotiate the corner.”

“I am disappointed. We had a good start. there were a couple of possibilities into Turn 1. You play cautious, you brake in the same point, you look in the mirror and you see the guys behind that they think this is the last corner of the championships. Those kind of mistakes, the starts with high consequences, I think they should be reviewed a little bit harder.”

Hulkenberg admitted that it was purely his mistake and that he was simply caught out by the sudden loss of aero.

“It’s just incredible, to climb out again on lap one, how sensitive these cars are with aerodynamics. When you have a few cars that bunch up in front of you, how much grip and loads you lose. When I hit the brakes obviously I instantly locked up the front wheel and just was sliding into Fernando. Probably misjudged a bit on my side. A bit too late on the brakes. A bit too keen.”

Hulkenberg hasn’t been punished quite as severely as Grosjean was (probably because he didn’t take out any title contenders…) but stewards have given him a 10-place grid penalty for Monza for causing the crash. 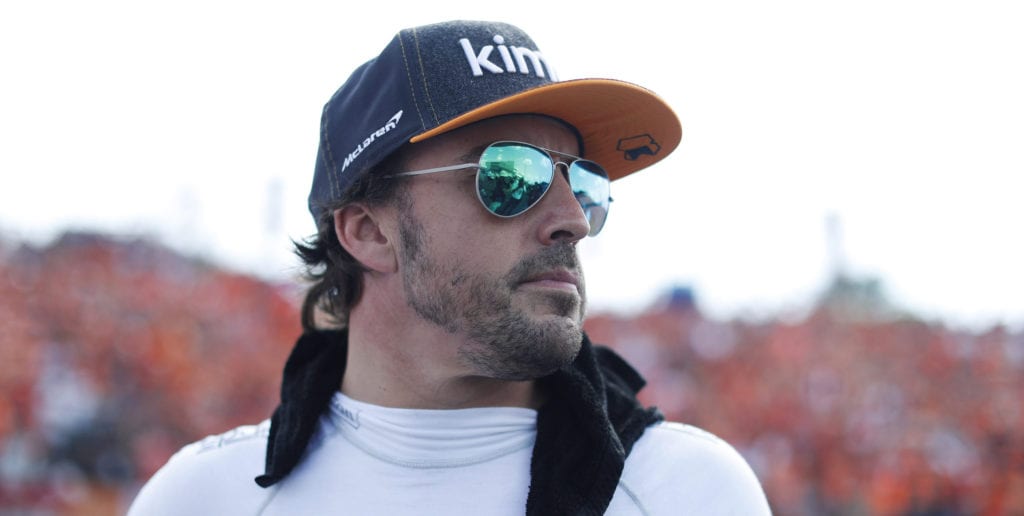