Alonso Has Distanced Himself From A Full-Time IndyCar Entry For 2020 – WTF1
Skip to content
×
Indycar , News

Alonso dramatically failed to qualify for this year’s running of the 500, the result of a disastrous eight-month period for McLaren Racing that was littered with errors and mishaps. McLaren CEO Zak Brown has always maintained that the team is interested in a full-time IndyCar entry, especially now that the Formula 1 branch is on the right track with the right personnel, but clarified that the project does not revolve around Alonso, telling Motorsport.com:

“We were never doing Indianapolis for Fernando. I think it would be a great story to win it with him, having won Monaco with him [in 2007]. Maybe in the future we’ll go racing in France [for the 24 Hours of Le Mans] together, but for sure, McLaren has been around a long time, going to be around a long time, long after Fernando stops driving. So whether Fernando wanted to drive for us or not wouldn’t drive our decision on whether we go back to Indy or not.”

This seems to be a view that Alonso is on board with for the time being, believing that a full-time commitment to IndyCar is an unnecessary strain for him – particularly in a potentially uncompetitive package. Since the start of 2018, Alonso has competed in 31 races over three series; including three 24 hour races and the drawn-out build-up for the prematurely-grounded 500 attempt. Back in mid-2018, there was a mammoth period of 10 weekends out of 11 that he was in a racing car, either testing or racing.

The two-time F1 champion added that a full season would have no effect on an Indy victory bid and also refrained from committing to McLaren’s programme, favouring the competitiveness of a team over emotional – or ambassadorial – attachments.

“If I do Indy, a one-off will be the approach again. To do the full season at the moment is too much of a commitment in terms of races. If you go there you should be in contention; you are not a tourist. To do four or five races as preparation doesn’t make sense because Indy is the first oval of the championship. There are no other oval races you can do before to prepare – a one-off is enough, I think.

Brown concluded by saying that last month’s disappointment should have no ill-effect on the relationship between Alonso and McLaren, believing that the Spaniard is still not disillusioned with the team despite a nightmare reconciliation period between 2015 and ‘18 in F1.

“We have a great relationship with Fernando. He’s had lots of highs and lows with us – probably arguably the more lows the last three, four seasons – and he really enjoys McLaren. McLaren enjoys him. He saw how close we got to making the show, and the effort we put in. So I think we’re all disappointed, but it won’t change the relationship between Fernando and McLaren.”

No word on F1 though. Come on Fernando, an 18th season sounds lucrative – doesn’t it? 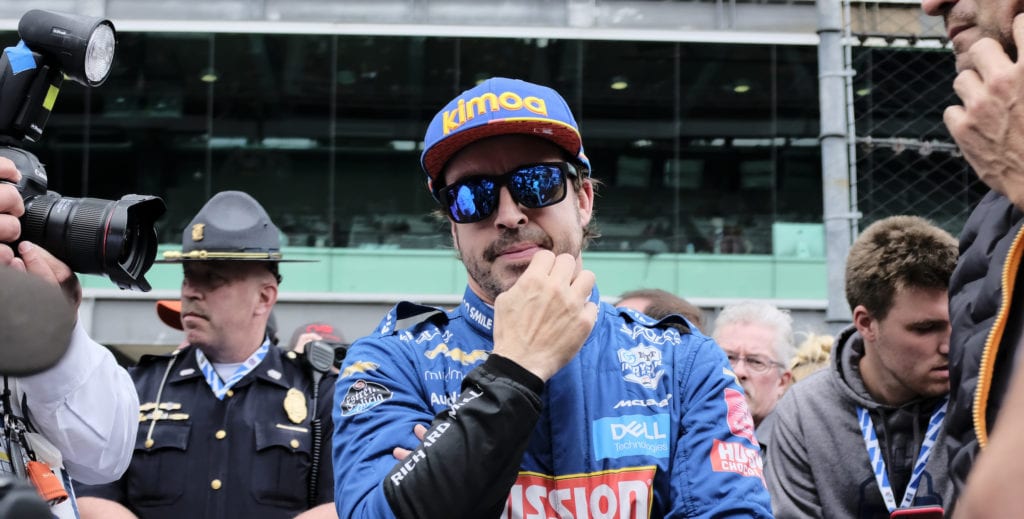