Alonso Has Said He Would Never Leave McLaren Mid-Season

So, expectations were pretty low for Australia, but Alonso spent most of the race in the top 10 and almost reached the chequered flag before a suspension problem caused him to retire.

Nevertheless, Stoffel Vandoorne got to full-distance in 13th, proving that the Honda power unit can reach the end of a race if it wants to.

But the McLaren was still lacking pace and speed, which could prove a problem on the long straights of the Shanghai International Circuit this weekend.

Alonso’s contract ends this year but ex-F1 racer and close friend Mark Webber said after Melbourne he could quit mid-way through the season if things continue. Alonso reacted in China, telling media:

“No, it’s definitely not true. I heard [Webber’s comments]. It’s normal for the outside, and other drivers to speak and I also read comments from many people in Spain – if one ex-driver or motorbike rider has an interview, there will always be a question about Alonso and how difficult the situation is. Everyone is [presented as] quite close to me and it’s like I have depression! But it’s not like that.

“In F1 I am delivering my best and I’m more prepared than ever. The team is not very competitive now – and OK, that’s true. There’s nothing we can do from one day to another so it’s just hard-working, but at the same time the team is expecting an extra job from me now, an extra result from me.

“It’s like when we were in Australia and all the predictions, the simulations said that we would be last and we were 10th [until his late DNF]. And in China if the predictions say that we are last, then hopefully Alonso will be in the points.”

Alonso admitted Honda’s problems aren’t just with power, it’s with reliability and especially fuel saving, adding that they are having to drive around the issues:

“In Australia it was a record for us with fuel saving, so it’s going to be difficult this year as long as the engine doesn’t improve. It’s not power, it’s many things, it’s reliability, it’s fuel saving and there are a lot more implications on the driving. We cannot drive normally because we need to drive around the engine. It’s quite difficult and hard now to drive the car, but we are doing our best to help the team.”

A tough time for McLaren and its drivers right now. Will we ever see Alonso standing on an F1 podium again? 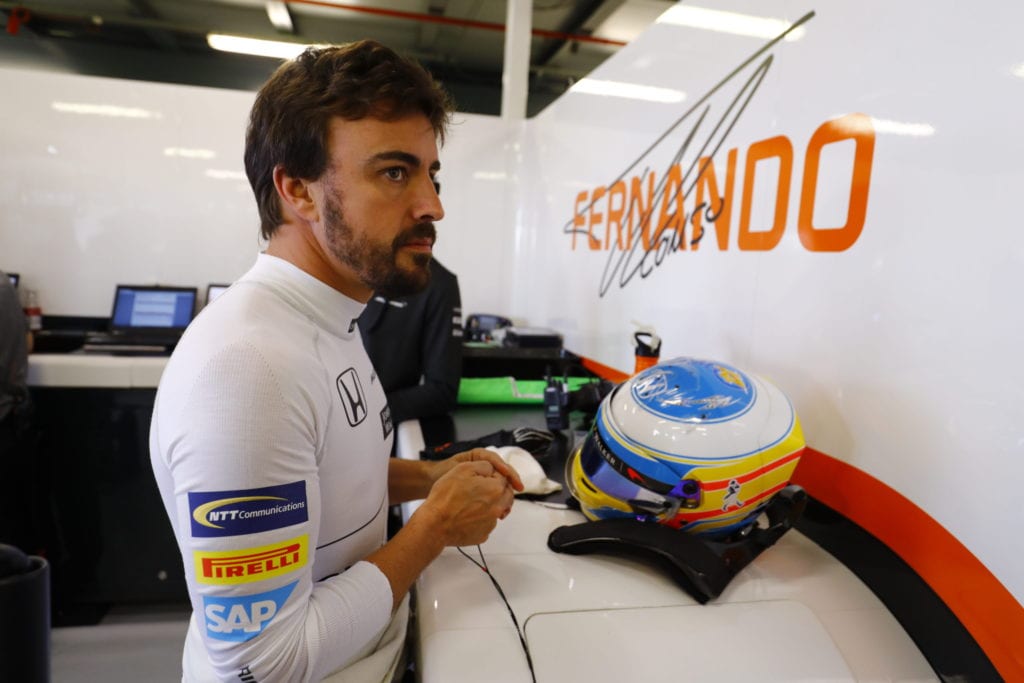