Alonso Has Said That McLaren Is So Slow That Other Drivers Are Getting Confused – WTF1
Skip to content
×
Formula 1 , News

Another day, another series of quotes from Fernando Alonso about the lack of performance of the Honda engine.

Alonso didn’t make it past Q1 in qualifying for the Azerbaijan GP, which is amazingly the first time he’s failed to progress all season. The massive two kilometer long straight puts a premium on top speed, and as such is pretty must the worst thing for McLaren and its underpowered Honda engines.

In fact the cars are going so slowly down the straight that Alonso thinks other drivers are struggling to tell whether or not the McLaren drivers are about to start a quick lap or head into the pits.

This caused a bit of confusion during the session with Fernando reckoning one of his laps was spoiled by Daniel Ricciardo. However in an interview afterwards he clarified that the speed of the car was to blame and not necessarily the other drivers.

“[It was] the same with Max yesterday. I think the start of the lap probably they get confused, because our speed is that slow, that they think probably we go to the pit lane, we are in a slow lap. But no, this is our speed, we are starting a timed lap, is the way it is. I think they get surprised a little bit. They overtake me in the first corner, I overtake them in the second corner, and we both lose the laps, yesterday and today. It didn’t have any impact because it was in the beginning of the session when the tyres are cold and I think we both set the fastest laps at the end of the run, so that was OK. I’m sorry if they are confused because of our speed but that’s the way it is.”

It’s amazing that Fernando is constantly able to come up with new ways of saying the car is slow. In testing he said that the car was so slow that “every corner is flat out”, and in Canada he claimed that the difference to other cars in straight line speed was dangerous.

As for the race itself Alonso suggested that the teams only chance of a good result would be if enough cars ahead run into trouble.

“We’ve never been in the top 10 so far in the any of the sessions so I guess tomorrow is also going to be difficult for us. We saw on the practice many incidents, many things going on in this circuit. We need to keep focused, we need to keep the concentration very high, away from the walls, and hopefully finish the race in a good result.”

Of course the car would actually have to reach the end itself in order for either driver to benefit, but good to see that he’s remaining a little bit optimistic at least! 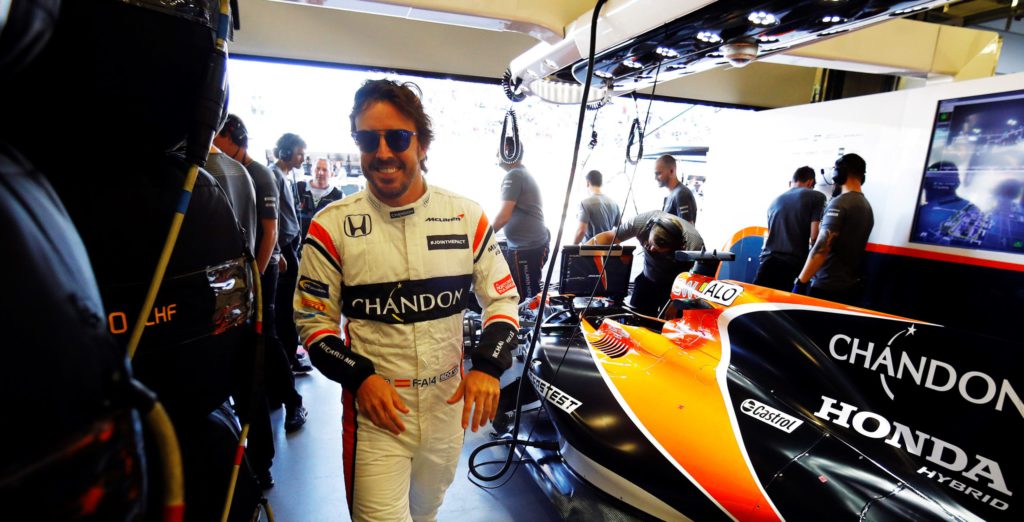