Alonso Is At Risk Of Failing To Qualify For The Indy 500 – WTF1
Skip to content
×
Indycar , News

After a full day of qualifying (yes, Indy 500 qualifying lasts for a whole weekend and it’s awesome), the first 30 cars were locked into the 33-car grid – and Alonso wasn’t one of them.

After everyone had completed their first runs, Alonso was left with the 34th fastest time of the 36 drivers, thanks in part to suffering a bit of a puncture on his right rear tyre. The only two drivers slower were Sage Karam, who aborted his run, and James Hinchcliffe, who was lucky to walk away from a fairly sizeable accident.

As the drivers at the bottom of the times went out to try and improve their times, Fernando and his crew just couldn’t quite manage it. Eventually, on his fifth and final run, he scraped into 29th place with a four-lap average speed of 227.224mph (for reference, Spencer Pigot was fastest with 230.083mph). For the last half an hour he had to watch as other drivers went out to try and cement their place on the grid.

Felix Rosenqvist went 28th fastest, leaving Alonso on the bubble. Hinchcliffe and Sage Karam both failed to make the cut. It was going to be close, but then JR Hildebrand went out and had a superb run to go 20th, pushing Alonso out of the top 30. He briefly went back in as Graham Rahal sacrificed his time for a final attempt but he ended up 17th, leaving Alonso high and dry. Perhaps the biggest upset came in the form of Ben Hanley and Dragonspeed – a driver and team with basically no oval experience which ended up a remarkable 25th.

That means he’ll have to return on Sunday to take part in the bump day action, where he and five other drivers – Hinchcliffe, Karam, Pato O’Ward, Max Chilton, and Kyle Kaiser – will have a single run to fight it out for the three remaining places on the grid. Interestingly, three of those – Chilton, O’Ward, and Alonso – are in cars run by or with links to the Carlin team.

That means that at best, Alonso will start 31st – at worst, he’ll fail to qualify. There’s a real risk of that happening, too, as Hinchcliffe was compromised having to run a hastily built car following his crash, with Kyle Kaiser also compromised following his Friday crash. It all comes down to that one run and who can go out there and be the bravest. It’s part of what makes the race so great.

Not fast enough today. Simple. We will give our best tomorrow. 🙏. #indy500

Even worse, the drivers may have to stew on it for a day as heavy rain is forecast for Sunday, which could mean that bump day gets pushed to Monday.

As for the other end of the field? Well, IndyCar has said that if Sunday is a washout, the fast nine will simply be the same order as it was today. That’ll mean Pigot on pole ahead of Will Power and Simon Pagenaud; Josef Newgarden, Colton Herta, and Ed Jones on row two, and Ed Carpenter, Alexander Rossi, and Sedastien Bourdais. If it’s dry, then they’ll also have one run to fight it out for pole position. 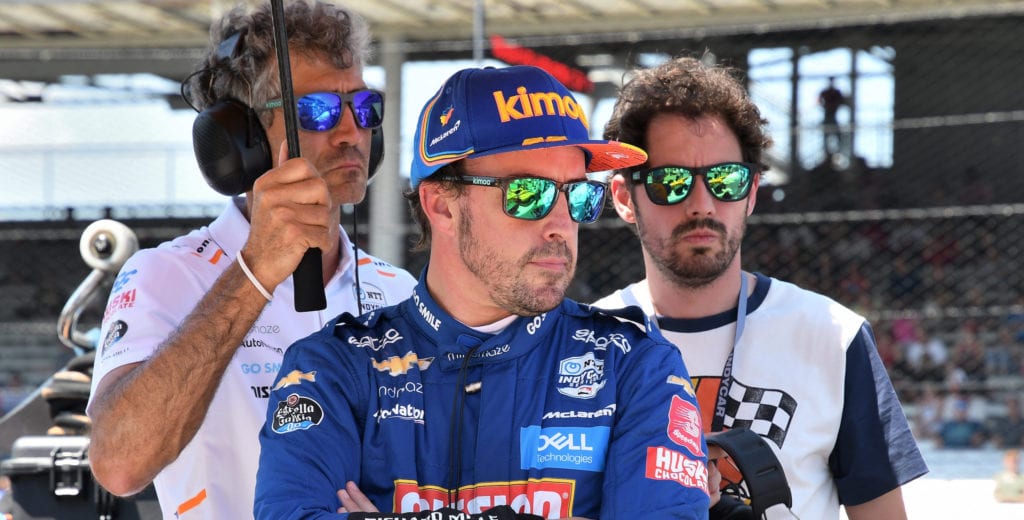