Alonso Is Fed Up With F1 Constantly Playing His Radio Messages

Whether he’s discussing things with the team, complaining about another driver or insulting his own equipment, you just know it’s going to be gold whenever the Fernando Alonso: team radio graphic pops up on the screen.

There was more amusement in qualifying this weekend when he had a chat with his engineer about what tyres he should go on for his final run in Q2:

“Put whatever tyre you want. The last sector is impossible so even if you put on a rocket ship we would be 11th.”

Classic Fernando. McLaren didn’t bring any of Pirelli’s rocketship compound this weekend so Alonso went out on a set of wets, didn’t improve, and stayed 11th – just as he predicted.

It’s the second week in a row that he’s had a passive-aggressive chat about tyres over the radio, which some have suggested mirrors his apparent waning passion for F1. Fernando isn’t too happy about it and thinks that TV directors are choosing to pick on him.

“The FOM is quite annoying already with my radio. I don’t know what problem they have to put my radio always, and I don’t know what was not normal about the conversation when the track is getting worse. You cannot improve any more the times, you chat about which tyres to put and if it’s worth doing another run or not. It’s their favourite hobby, so good luck to them.”

It’s true that we tend to hear a lot of Alonso, but when he’s given us so many hilarious quotes over the years it’s hardly surprising. Other drivers may well say similar things over the radio, but it simply wouldn’t get the same reaction.

Who knows whether he’ll be in F1 much longer, either – we might as well make the most of him while we can! 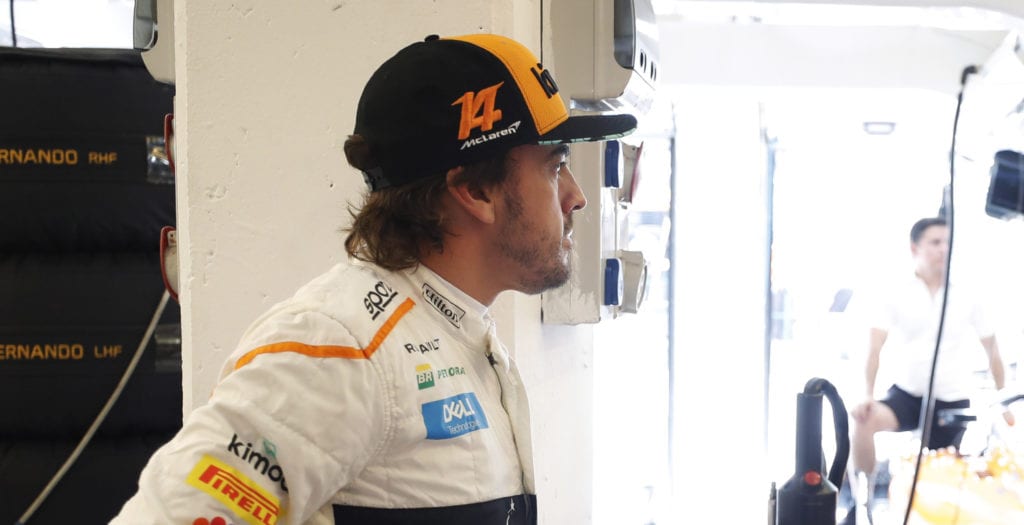