Fernando certainly knows a thing or two about racing uncompetitive cars and after testing at Daytona, he’s realising that he could be about to spend 24 hours racing another one.

The weekend’s pre-race ‘Roar 24’ test featured a pre-qualifying session which determined the allocation of pit boxes for the race; Fernando and his United Autosports teammates, Lando Norris and Phil Hanson, ended it only 12th. Fernando set the car’s fastest lap and was also the fastest of the Ligier chassis, but his time was some 1.7 seconds off of the session-topping lap. That was set by Felipe Nasr in a Cadillac, the chassis which dominated the championship in 2017.

IMSA’s Prototype class features two main types of cars – those built to IMSA’s own DPi (Daytona Prototype International) regulations, and those built to the ACO’s LMP2 regulations. They’re supposed to be equalised through Balance of Performance, but generally speaking the DPi cars have had the edge since they became a thing in 2017 and with Alonso in an LMP2-spec car (and one which has had recent updates, too) it looks somewhat ominous, even in a race as long, gruelling, and unpredictable as Daytona.

But Fernando is still hopeful of finding pace by the time the actual race weekend rolls around at the end of January.

“There are still little changes going on and it’s the same with the performance of the car. Obviously it’s early days, it’s only testing, but we need to find more pace and hopefully be more competitive when we come back in the race.”

Even if actually winning the race ends up being a step too far, Fernando reiterated that the main goal of the event was to learn about the challenges of endurance racing:

“The amount of laps is not huge but it’s better than nothing and I feel more prepared now for the race, for sure. It was a good weekend to work with the guys, with the team, with the teammates and enter into this mood of sharing everything and adapting and making compromises between all of us to be happy all around. That was the main priority for the weekend and it’s what we achieved. That was a positive thing.

“Probably the biggest surprise was the little time that you spent in the car. The sessions were not very long and you share the car so you lose a little bit of time in the driver changes, in the set-up changes and you ended up doing very few laps. That was maybe the surprise and what I was missing this weekend but I think that’s part of the game and in the 24 Hours we will accumulate enough laps for sure.”

Fernando also said that he wasn’t finding driving at night much of a problem and that his biggest concern – negotiating slower traffic – was much easier than he’d anticipated.

He can go on as much as he likes about how the whole thing is a learning experience, but as he comes to terms with the nitty-gritty of sportscar racing, his attention is going to turn to getting the best result possible. That might not be a win or even a podium, but at least the last three years at McLaren have prepared him for disappointing outcomes. 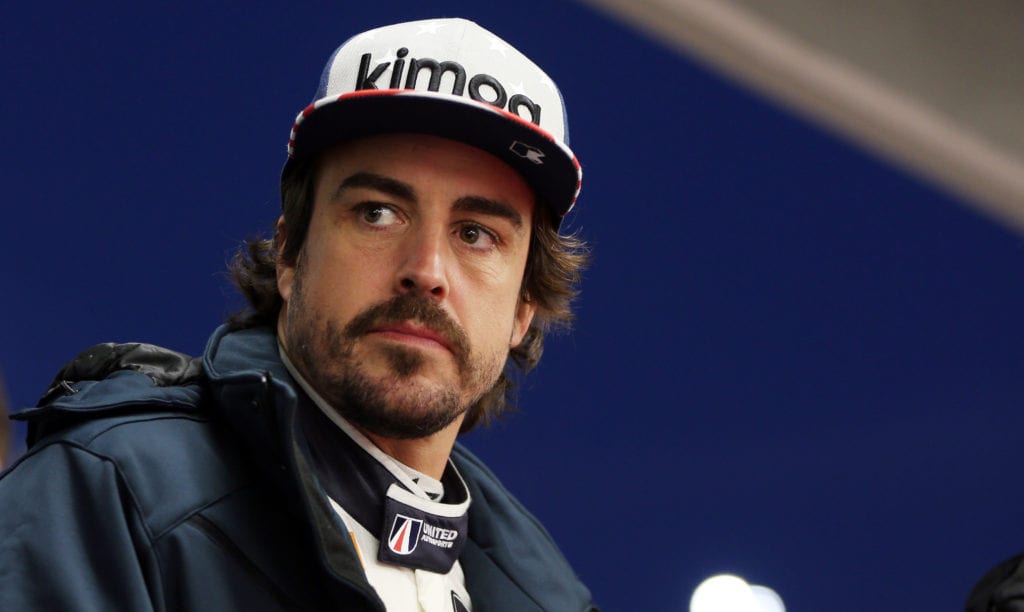