Ah, the triple crown. The highest accomplishment in motorsport. Only one man achieved this phenomenal task in 1972, and it appeared Fernando Alonso was on course to become the second to do so. However, speaking on the WTF1 Podcast, Alonso suggested that the dream of the triple crown might already be over.

For those of you who aren’t aware, the triple crown of motorsports is a challenge to win three of the most prestigious events in motor racing. There is no physical trophy or even a sticker to reward the recipient, but it’s still a big deal among racing drivers.

These accomplishments, which are spread across three categories, include a victory at Le Mans 24 Hours, finishing first in the Indianapolis 500 and winning the Monaco Grand Prix in F1. Sounds impossible? For many, it has proved to be.

Although some have come close, only the legendary Graham Hill has the ‘triple crown’ title.

With Alonso winning both Le Mans and the Monaco Grand Prix twice, all that was left was the world’s most famous oval race: Indy 500.

Having taken part in the event in 2017 and 2020 – as well as failing to qualify in 2019 – Fernando came close. However, bad luck and a hugely experienced field of drivers prevented history from being rewritten.

Alonso has his sights firmly set on his F1 return, but when asked on the WTF1 Podcast if the triple crown has been put on pause, he revealed that IndyCar might now be a thing of the past.

“Honestly, right now, it is difficult to think that much forward,” he told WTF1.

“I am totally focused on F1. Now, I can’t say that I see the IndyCar or the Indy 500 as a final goal in the future.

“I see more Dakar [rally]. I enjoyed the experience in Saudi.

“[Dakar] is a race that requires less preparation. It’s a little bit more of an adventure than making perfection out of an oval and in many ways is less risky.

“It is quite a dangerous race Dakar, but nothing beats Indy in terms of risk. You need to manage that as well.”

To see the full chat, be sure to check out our latest podcast with Alonso, Rubens Barrichello and Tony Kanaan.

Do you think we will see Alonso back in IndyCar in the future? Let us know in the comments below. 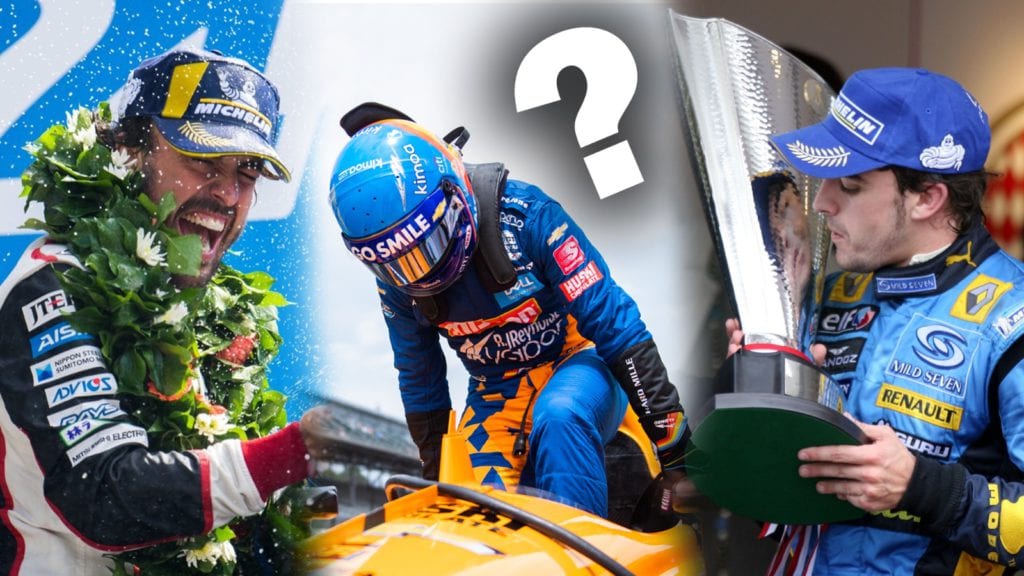