Fernando Alonso is making a return to F1 next year when he joins Alpine, however, he’s revealed that Managing Director Cyril Abiteboul has already had enough of his constant requests and questions and is now ignoring the two-time F1 champion’s messages.

As you would expect, Alonso is wanting to take any opportunity to get himself prepared for his F1 comeback and has already completed testing days in Bahrain and Abu Dhabi. However, it appears that Alonso’s frequent messages are getting too much for Abiteboul, who has been leaving Alonso on read.

“Right now, I have sent him three messages [about] half an hour ago,” Alonso is quoted as saying to Auto Hebdo.

“I know he has read them, but he still has not responded to me.

“I’m sure he’s starting to get tired of me because he doesn’t even answer my messages.”

Hopefully, Cyril is just too busy preparing tattoo designs after losing a bet to his current driver Daniel Ricciardo. Although it seems likely Cyril will not be getting his tattoo until next year, we can only hope he will rock up at Bahrain this weekend with a huge honey badger tattooed onto his forehead.

Either way, we think it’s pretty funny that Cyril seems to be bored of Fernando’s persistent text messages already.

The guy hasn’t even stepped into the 2021 car yet! 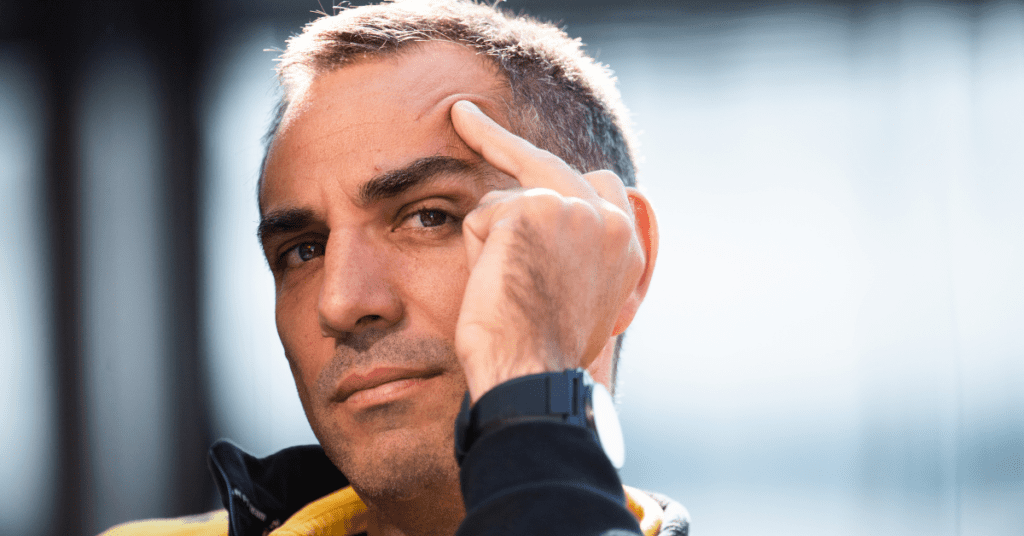