Alonso Just Finished His First Stint At Daytona… And He Was Leading At The Time – WTF1
Skip to content
×
Endurance , News

Just over two hours into the Daytona 24 Hours and Fernando has had a fairly eventful time. He made up a couple of places at the start (what else would you expect?) and spent the opening stages struggling to fend off faster cars.

Though it’s a bit off the pace, his Ligier is pretty efficient on fuel and tyres so just before he finished his opening stint two hours into the race, he found himself briefly in the lead before handing over to teammate Phil Hanson. The car is now running inside the top 10.

Fernando seemed pretty happy after his first stint in endurance racing – when asked afterwards if he was enjoying it he replied “Yeah, I am!” with no hesitation. He seems to be getting on alright with the traffic too…

Away from Alonso (yes, there are other drivers in the race, who knew?!) there was a great battle at the front in the opening laps as Felipe Nasr tried to find his way past Helio Castroneves. There have already been a few incidents too – there’s been a fire in the pit lane, a car losing a wheel, and one car even suffered a suspension failure on the warm-up lap! 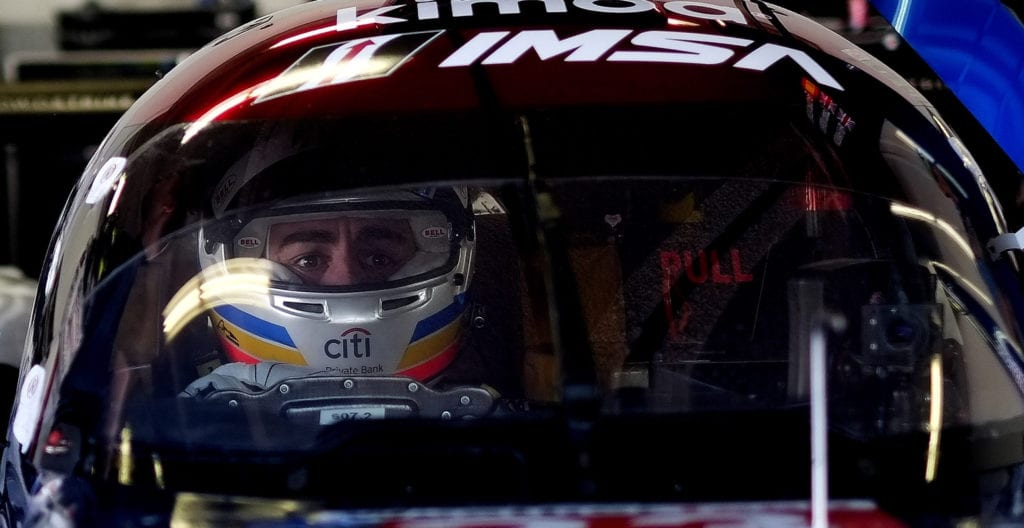