Alonso Is Back With Team Enstone, 20 Years After His First Test With Them – WTF1
Skip to content
×
Formula 1 , News

Alonso Is Back With Team Enstone, 20 Years After His First Test With Them

The two-time F1 World Champion is back behind the wheel of an F1 car with Renault today, 20 years after his first test with Benetton at the same circuit in Barcelona.

Fernando Alonso – the man, the myth, the legend – has returned to his natural habitat today and is back in an F1 car for a filming day at the Circuit de Barcelona-Catalunya.

It’s been two years since Alonso found himself in an F1 car, his last F1 entry being at the 2018 Abu Dhabi Grand Prix, so he was undeniably excited to get back to work.

It also marks 20 years since Alonso had his first test with the Enstone-based team when he was just a young and promising 19-year-old junior racer in F3000.

The then-rookie was testing with Benetton and shared a car with Giancarlo Fisichella, with teammate Jenson Button also running up laps during the end of season test.

What ever happened to those guys?

His time testing allowed him to complete 30 laps in the Benetton and helped towards the goal of gaining enough mileage to qualify for a superlicence – part of an agreement set up by Minardi and Benetton.

Just like going back to an old ex, Alonso announced his return to Renault earlier this year.

His comeback shocked many, with it being understood that the F1 champion has signed a two-year deal with the team for the 2021 and 2022 season. However, from next season, it was announced that the team will be rebranding to Alpine and not run under the famous Renault name anymore.

With it being more and more likely that Alonso will not take part in the end of season rookie test, days such as filming opportunities will be the only chance for Alonso to get behind a real and current F1 car and not just doing laps in a simulator.

As a result of this rebranding, and lack of testing availability, this filming day could be the last time we see Alonso in a Renault again.

Of course, Renault is a team close to Alonso’s heart. When he signed with the team for the 2021 season, he became the first driver in F1’s history to have three separate stints with a single Formula 1 team. He raced with the team from 2003 until 2006, where he won his two titles, and then returned in 2008 for two years after a turbulent year at McLaren in 2007.

The guy just can’t get enough of this team, can he? 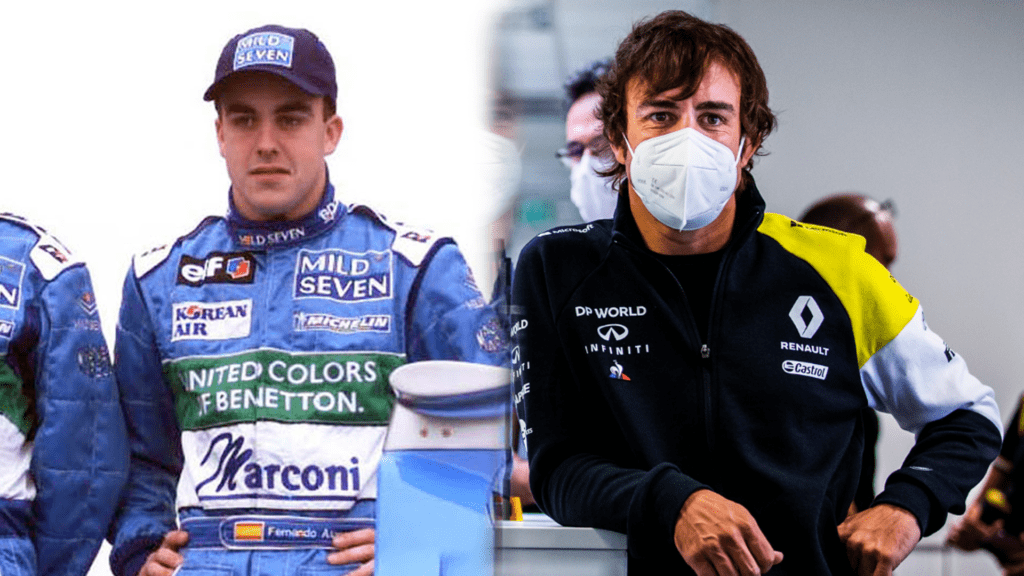