Alonso Now Says He Won’t Decide On His Future Until November Or December – WTF1
Skip to content
×
Formula 1 , News

Fernando Alonso wants to be in a winning car next season, in case you haven’t heard. There’s been plenty of speculation over what he’s going to do in 2018 and he’s repeatedly imposed his own deadlines on his decisions…and he keeps changing them.

First he said he’d make a decision after the summer break. Then he said he’d leave McLaren if the team wasn’t winning by September. Now, in an interview with CNN, he’s said he’ll decide much later still – and that he may not even remain in F1.

“Formula One is still my priority, it’s my life, and winning the world championship is what I’m hoping. If I don’t see any project that will allow me to fight for the win I will look outside F1 – but that’s a decision I will make around November-December. I will try all the possibilities before that.”

Alonso also said that one of the things he most enjoyed about competing in the Indy 500 was the feeling that he had a genuine chance to win the race.

“I went to Indianapolis and I had that feeling again that I can win this race. The feeling that you could win that race was special. When I jump in the car, I put my legs inside the cockpit, the mechanics put the belts on, [I think] when I take the belts off and I pull myself out of the car maybe I am the winner of this race – I was thinking that in this moment. That feeling was magic.”

So if he doesn’t stick around in F1, where would he go? IndyCar is the obvious thought, but although Fernando said he enjoyed the environment he doesn’t expect to be back there soon as his main focus is winning another title in F1.

“[IndyCar] is a different culture, a different way of understanding motorsport or sport in general – much more open, much more friendly to all of us.

“My first priority is F1 – winning the third world championship, but I want to attempt the triple crown as well. It may happen. I would like to go back there [to Indy] but maybe not in the very near future.”

With driver line-up at all the top teams in F1 looking pretty stable, Robert Kubica entering the frame at Renault and other teams being too uncompetitive for Alonso’s ambitions, staying at McLaren in 2018 is probably going to be his only choice. The team has already said that it wants him to stay, too.

Either way it looks like we’ll have to wait until December before he makes his choice although at the rate he’s changing his deadlines, it’ll probably be March next year or something before we find out what he’s actually doing. 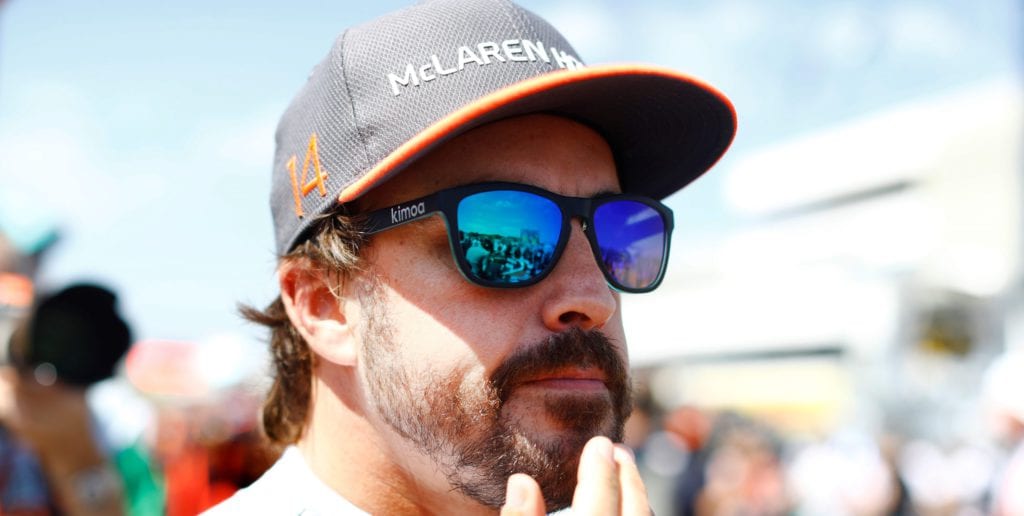