Alonso Reckons He Can Get Into Q3 At Every Race This Year – WTF1
Skip to content
×
Formula 1 , News

Fernando Alonso isn’t interested in training as a camera operator this season as his car lays stricken by the side of the track. He doesn’t want another year of attrition, and McLaren definitely can’t afford this either. The double world champion has set himself the lofty target of reaching Q3 and a top 10 starting position for every race this season. To put into perspective how difficult that is, only Valtteri Bottas and Kimi Raikkonen achieved it in 2017.

McLaren has assured its fan base that teething problems encountered in pre-season testing have been fixed and Alonso sounds confident that the papaya-liveried team can be key contenders in the upper-midfield this year:

“It should be a good season for us, getting back to the positions that we enjoy a bit more. Hopefully 100 per cent in Q3, regularly in the points, fighting in the top five, hopefully close to the podium in some of the races.

We saw last year one Williams took a podium in Baku, the Force Indias were very close to a couple of podium positions in the year. So we know that the opportunities will come and in those opportunities we will deliver, hopefully.”

In recent years McLaren has been widely considered to have a strong chassis that has been undermined by the failings of the Honda engine. We will all know quite early on whether the Renault power unit helps unlock an aerodynamically strong package, or whether old problems in housing a hybrid power unit re-emerge and damage McLaren’s resurgence.

2018 will either be the year in which an ex-front runner emerges from the ashes and claws back some former glory, or falls by the wayside with fundamental problems left unanswered. Regardless, Alonso’s hunger to succeed is unmoving and we know he will once again wring everything out of the car.

Can you see a McLaren making the cut for Q3 this weekend? Let us know in the comments. 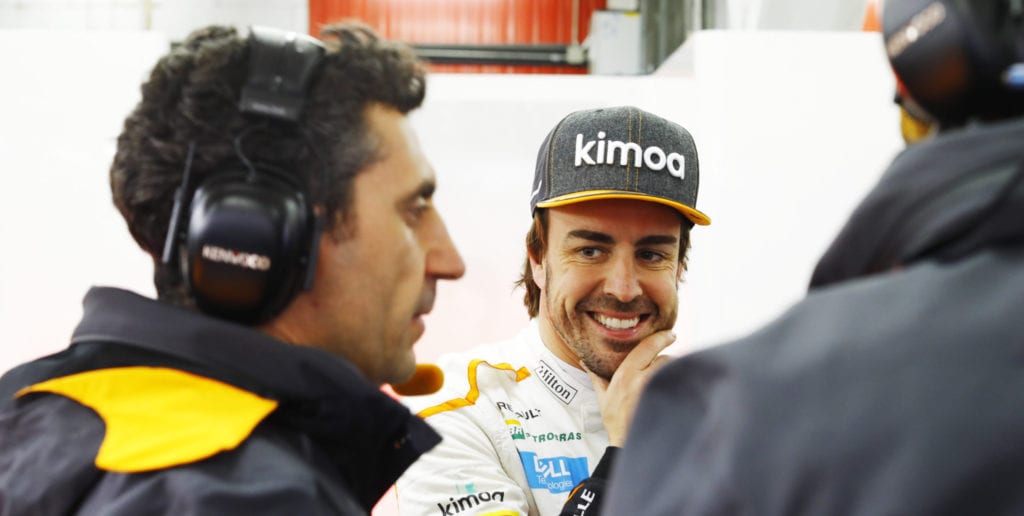