Alonso Reckons His Seventh Place In Baku Was The Best Race Of His Career – WTF1
Skip to content
×
Formula 1 , News

Alonso made contact with Nico Hulkenberg and Sergey Sirotkin on the approach to Turn 3 on the first lap, suffering two punctures on the right-hand side of his car. The 36-year-old pitted for repairs and carried on – despite reports of McLaren thinking about retiring him – to finish seventh, ensuring that he stays in the top six of the drivers’ championship going into his home race in Spain.

It was also understood that the flailing punctures caused floor damage to the McLaren, however Alonso was keen to continue and after the race the Spaniard praised his own determination.

“I’m happy with the points. It was probably one of the best races that I’ve done in a long time, or the best race of my life. I reached the pit lane thanks to a miracle. I didn’t have two wheels or front wing or floor or anything.”

Alonso admitted that he was unsure that he would be able to continue. He certainly did not expect to make up positions after the first safety car period, which was prompted by a collision between Kimi Raikkonen and Esteban Ocon just seconds after Alonso’s troubles.

“They changed the tyres and they told me the car was heavily damaged so I thought I wouldn’t be able to finish or that I would be very slow. But I started overtaking cars and then with the safety car I gained some positions in the end. I haven’t seen the car or talked to the team.

“When they said significant damage, I feared the worst. A surprising result with a car that was damaged.” 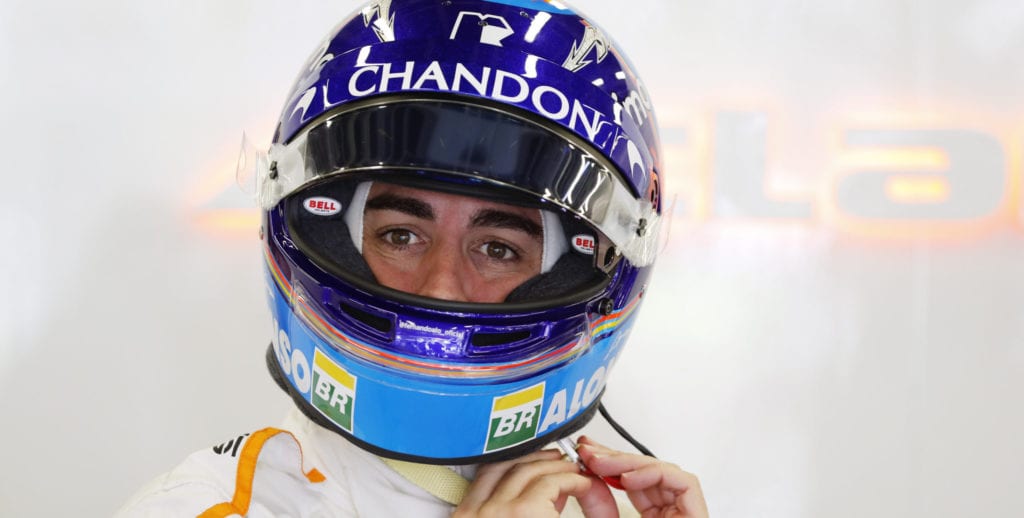