Alonso Reckons McLaren Had The Best Car In Qualifying In Mexico

For the top teams, getting through Q1 is little more than a mere formality and there’s little need for the drivers to really push the limits, so the order seen at the top in Q1 is rarely indicative of the true pace of the cars and drivers.

Even so, Fernando Alonso raised a few eyebrows when he plonked his McLaren fifth fastest in Q1, just two tenths off the quickest time and even setting the fastest middle sector of all.

He was eight-tenths faster than his teammate, but we didn’t get a chance to see where he could have qualified as the team didn’t bother running either car in Q2 thanks to a generous serving of engine penalties.

This wasn’t a track McLaren were expecting to be particularly quick at, so naturally Fernando has used his impressive Q1 performance to remind everyone how good he is, how good McLaren is, and how not-good Honda is.

“The engine is the same. In fact, today we have the previous engine. Yesterday we used the new engine but saved it for Brazil and Abu Dhabi. So all the improvements are thanks to the aero and a bit to the suspension parts we’ve brought over the past races. As of today, or at least today, we have the best car.”

Fernando…it’s OK. Honda is moving to Toro Rosso. You’ll have Renault engines next year. You don’t need to make a point of saying how bad the Honda power unit is anymore. It’s been three years – we all know!

He also claimed that this has been McLaren’s best weekend of the season, even though we haven’t even had the race yet.

“The car was handling incredible. In the corners it has very good grip and it allows you to drive instinctively and easily. A spectacular weekend up until now. It’s been a while since we set a pink sector. It’s probably the best weekend of the whole season.

“Unfortunately with the engine penalty we start last, so tomorrow will be almost impossible to score points because on the straight we won’t be able to overtake, but we are preparing 2018 as best as possible. Today, for the first time in three years, we can be pretty sure that we had the best car on track.”

What, so you weren’t sure when you said you’d have been 1-2 at Spa with a better engine? But we all believed you!

We really hope getting Renault power can put Alonso and McLaren back up near the front, but on the other hand, we’re really going to miss his outrageous claims, so let’s make the most of them while we can! 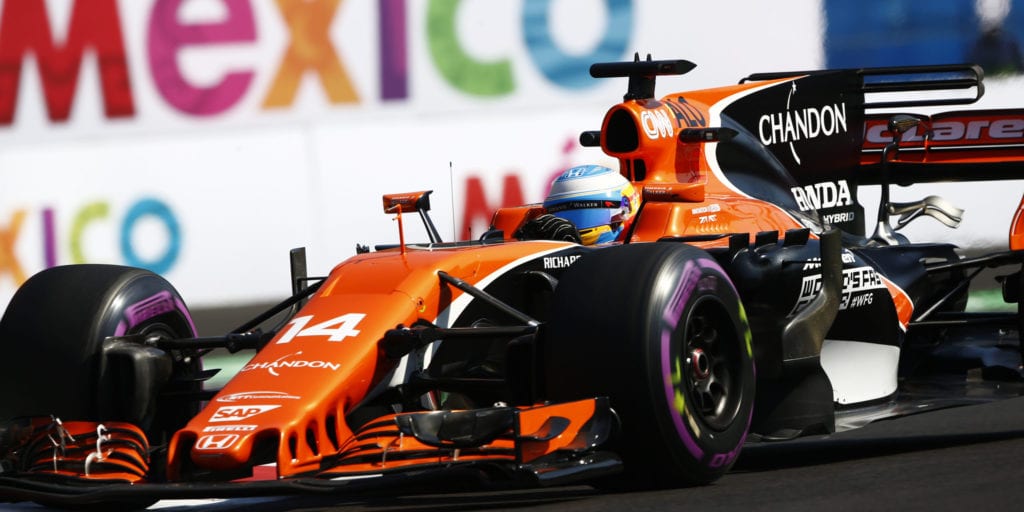