Alonso Reckons That McLaren Should Have Won The Azerbaijan Grand Prix

In a crazy race in Baku, perhaps the most unusual thing was that Fernando Alonso not only finished the race, but did so in the points. Stoffel Vandoorne also reached the end, albeit down in 12th and more than half a minute behind his teammate.
The underpowered Honda engine proved to be more unsuited to Baku and it’s colossal straights more than any other circuit so far this year, yet Alonso was able to achieve such a good result thanks to the frenzied action that was going on ahead of him.
But despite the solid result Alonso still made a point to have a dig at Honda, and suggested that with a more competitive engine it was a race that he should have won.

“It was a race that in normal circumstances we should have won because I was with Ricciardo when the first safety car came out. Hamilton lost his headrest, Vettel was penalised, both the Force Indias were out, Kimi retired. So you are automatically in the top two or three, so we should have fought for victory, but unfortunately we are not in that position.”

Alonso ran as high as fifth during the race and found himself battling for position with the likes of Sebastian Vettel and Lewis Hamilton, but the lack of power meant that he quickly slipped back to finish a distant ninth.

Before the race he said that the only way he’d score points is if lots of people ahead of him had issues, and that’s exactly how it turned out. Alonso acknowledged how fortune had played a part in the result, saying:

“In our case everything worked in our favour. It’s one of those days when you win places by elimination for free, but then it’s a shame we can’t keep it because of our current deficiencies. Scoring two points in Baku was impossible to think before coming here, so it’s welcome.”

You have to say that the Azerbaijan GP was a race that many, many people could have won, but we take Fernando’s point. 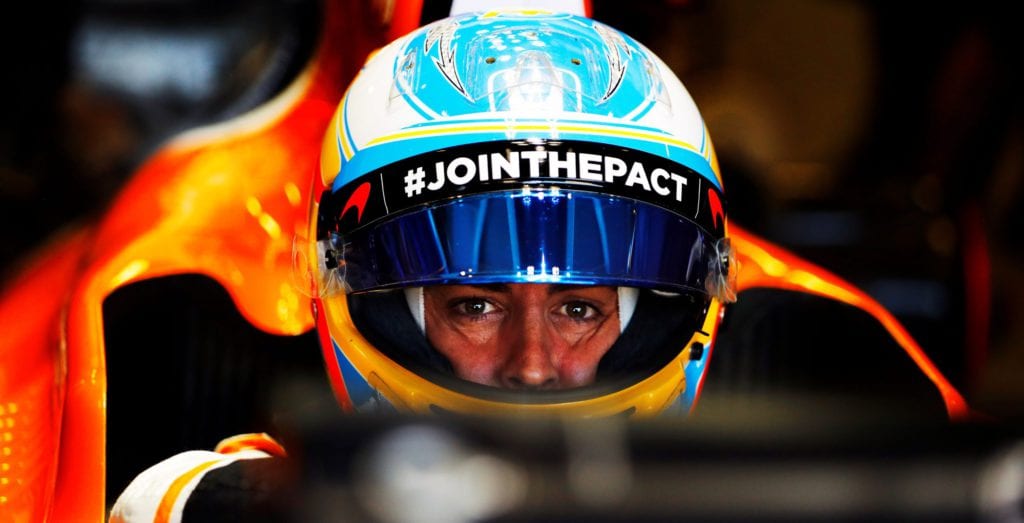