Alonso Says A Full Season Of IndyCar Would Be Too Much Of A Commitment – WTF1
Skip to content
×
Formula 1 , Indycar , News

There can’t be many motorsport fans out there who wouldn’t want to see Fernando Alonso competing in the entire IndyCar season, right? After all, it’s probably the biggest single-seater series out there other than F1, features a wide range of different and interesting circuits, and has a field full of hugely talented drivers.

Seeing how a modern F1 legend stacks up in that environment would be a mouth-watering prospect – just as it was when Nigel Mansell made the switch back in 1993.

On top of that, it’d also improve his chances to win the Indy 500. It’s an event difficult enough to win for the series regulars in the best teams, let alone someone rocking up for a one-off event – as we saw with Alonso and McLaren’s disastrous effort from last year. Just once this century has the race been won by a driver without a full-season ride, when Dan Wheldon prevailed in 2011.

It’d also give him the chance to win the championship. Never mind becoming the second driver to win the Triple Crown after Graham Hill (Monaco, Le Mans, and Indy), it’d also give Alonso the chance to become the first driver to win the championships associated with all three. But sadly, that doesn’t look like it’s going to happen. Speaking in an Instagram Live interview with the 24 Hours of Le Mans account, 38-year-old Alonso admitted that while he had considered doing a full season previously, the time has now passed:

“But, I don’t think so, because the commitment to do that will be too high at this part of my life. I think a few years ago, maybe that was a possibility, but right now, to do 16 or 17 races, to know all the circuits – because they race at Laguna Seca, they race at Mid Ohio, they race at Long Beach – there are circuits that they [IndyCar drivers] know very well for many years, and I don’t know. I will require a level of preparation or commitment that maybe at this time in life I’m not happy to take.

“The Indy 500 is already a nice commitment and a long preparation for one race, so I cannot imagine for the whole championship. That would be full dedication. “

On top of that, Alonso admitted that the prospect of tackling the other oval races on the calendar – Texas, Richmond, Iowa, and Gateway – would be a bit of a worry as they carry similar risks, but without the prestige of winning at the Brickyard:

“Also there are five ovals that you need to respect. The Indy 500 is already a risk in a way because the speeds are very high and you take that risk because the reward is very high, but to do the other ovals as well is always a concern for myself.”

It’s a pity, but you can kinda understand where he’s coming from especially as he reiterated that he’s still keen to return to F1 when the regulations change. That’s now happening in 2022 – at which point Alonso will be over 40.

However, just because Alonso won’t commit to a full season, it doesn’t mean that the Indy 500 is the only IndyCar race he’ll ever start – it has been reported that this year, he’ll take part in the race at the Indianapolis road course in July, driving a third McLaren SPM car, ahead of his third attempt at the 500 in August.

“In my personal case, I know more or less what I’m doing next year, and hopefully many of you will know very soon. I cannot say more.”

Intriguing. A brief spell back in the WEC? A follow-up to his Dakar adventures with a rallying programme in the WRC? Off to IMSA to try and win the Sebring 12 Hours, thus gaining the endurance racing triple crown?

Perhaps he fancies following in the footsteps of former teammate Jenson Button and winning the Super GT championship over in Japan. Or maybe he’ll return to grassroots and spend a year racing Formula Vee in the 750 Motor Club to try and recapture the essence of racing.

At this point, it could almost be anything. 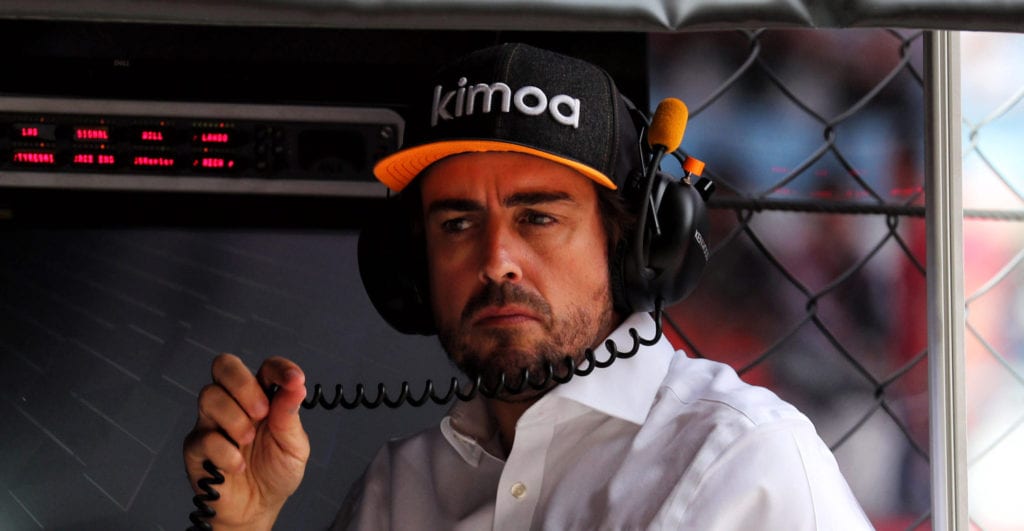