The No.7 car was all set to win having dominated the race, only for a puncture and a sensor issue to hand the win to Alonso, Sebastien Buemi and Kazuki Nakajima in the No.8 Toyota.

The result was a slightly muted set of celebrations after the race – even though the No.8 crew had won one of the biggest raced in the world, you get the sense they were almost embarrassed to have done so in such a manner – especially as it was their own teammates who’d lost out. Alonso confirmed that to Sportscar365 after the race, admitting he was sad it ended in the way it did:

“This one is definitely completely unexpected. We didn’t have the pace for 24 hours. We were not as quick as car No.7, and definitely we didn’t deserve to win on-track. The luck today was a big factor as it is in motorsport.”

“I remember watching on television when Kazuki stopped one minutes before the end in 2016. What can you do in those cases? They are incredibly hard. I’ve experienced unfortunately those moments as well, fighting for the world championship with McLaren in 2007 and Ferrari in 2010 and 2012.

“When you arrive at the last moment and you are unable to finish the job, you feel bad and I feel sad I feel for my teammates because they are not only teammates but friends as well. They deserve it today.”

Alonso added that winning the title was more of a priority for him than winning Le Mans for a second time:

“Our main goal was to be world champions, and I’m extremely proud of that as well. It’s been a long super season. Last year was hard because I committed to do F1 plus the full WEC, not just Le Mans, because I wanted to fight for one more world championship, and today is the day that we take it, so it’s a very important day.”

Fernando won’t be returning to Toyota’s LMP1 team next year as he chases success elsewhere. Should he never return to Le Mans, he’ll be one of just three drivers to have raced more than once in the French Classic and maintained a 100 per cent win record – the other two being Woolf Barnato and Jean-Pierre Wimille, who managed the feat back in the 1930s. 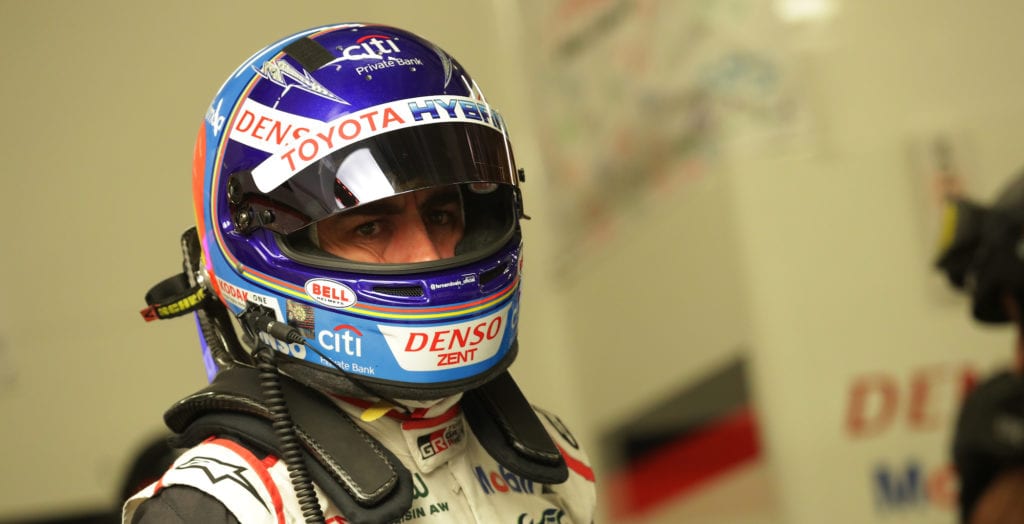