Alonso Says It Was Important To Keep Lewis Behind For Both Ocon And Verstappen – WTF1
Skip to content
×
Formula 1 , News
13 comments

Fernando Alonso gave us some of the best driving of his F1 return today. His defensive driving with Lewis Hamilton left most of us with our jaws on the ground and in total awe of his masterclass. It was spectacular and was needed to help his teammate, Esteban Ocon, win his first-ever F1 race.

Speaking to Ziggo Sport after the race, Alonso said he tried his best, but it might not have been just Esteban he wanted to help out.

“I knew that it was hard to keep Lewis behind. It was important for Esteban in order to win the race because Hamilton was coming very quick.

“But also, it was important for Max [Verstappen]. So, I tried my best.”

Perhaps Alonso just wants a championship battle that goes down to the line race. Maybe…

In another post-race interview with Sky Sports F1, Alonso elaborated on his battle with Lewis Hamilton on track.

“I didn’t know that was enough to hold the victory for Esteban. It was ten laps till the end. We tried to hold fourth position, but it eventually wasn’t possible. Lewis had an amazing pace at the last laps, and it was not enough.

“Honestly, I think that Lewis was making small mistakes in the last two corners because he had so much pace. You cannot take eight laps to pass with that pace advantage. In fact, after changing a few lines, he could pass Carlos immediately one lap after. It was not difficult to pass, in my opinion, but he took four or five laps to figure it out, but that’s my opinion.”

It’s been a big day for the Alpine gang, though, with their first win as a new constructor in F1 and with a Frenchman winning for a French team. 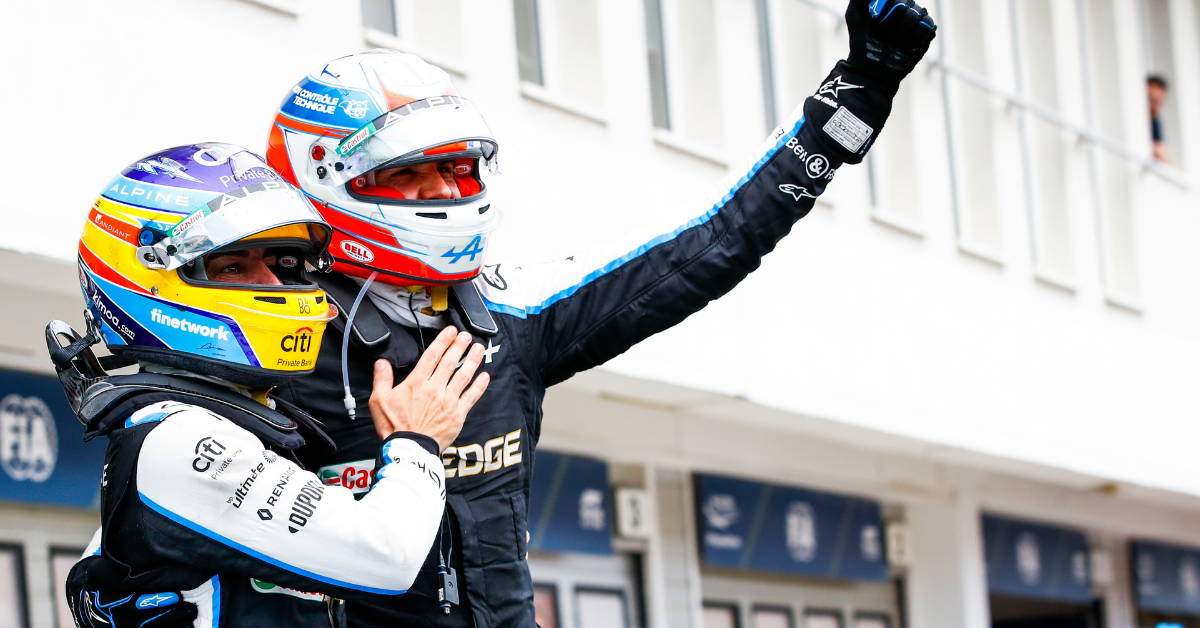