It was only a matter of time, right? McLaren’s switch to Renault hasn’t been the instant success story the team was expecting and that realisation has led the Woking squad to make some changes.

Eric Boullier left, the management was restructured, and James Key is (apparently) joining as the new technical director, although how or when that happens seems to be a bit up in the air at the moment.

The focus of the team as a whole definitely appears to be on the future, something Alonso backed up when he confirmed that McLaren is starting to focus more on 2019 performance than making any massive gains this year. He said:

“There are some fixes for this year, but let’s say that 70 per cent of the knowledge and the understanding of this car will be for next year’s project, because it requires time – three or four months development and wind tunnel time etc. that is probably better to invest for next year.”

“Sometimes it’s good to go very deep into the problems and down in performance to understand the car, so I see a much clearer and brighter future now with all the problems and understanding. I think we have a clear direction now, so that’s the most important thing.”

McLaren’s performance has been a bit all over the place this year. In qualifying the team has struggled and although race pace is a touch better, as other teams have developed it’s become harder for the drivers to break into the points.

Alonso added that this was partly down to a lack of major upgrades, something he’s hoping can be remedied this weekend in Hungary.

“We had basically one upgrade this year, in Barcelona. All the other races we brought small parts that were not significant performance. Some of those parts were experimental, some of those were negative not positive, so overall we only brought one update.”

“We were between seventh and 10th in Australia at the beginning of the year, we came back from seventh to 10th in Barcelona, Monaco, and then we are going back, back. Hopefully this weekend will put us in this front part of this midfield group.”

With the aero rules slightly changing for next year it makes sense for a team in McLaren’s position to start thinking about 2019 slightly earlier than some other teams, especially given some of the issues it has faced this year.

The question is: are the potential improvements going to be enough to convince Alonso to stick around for yet another year? 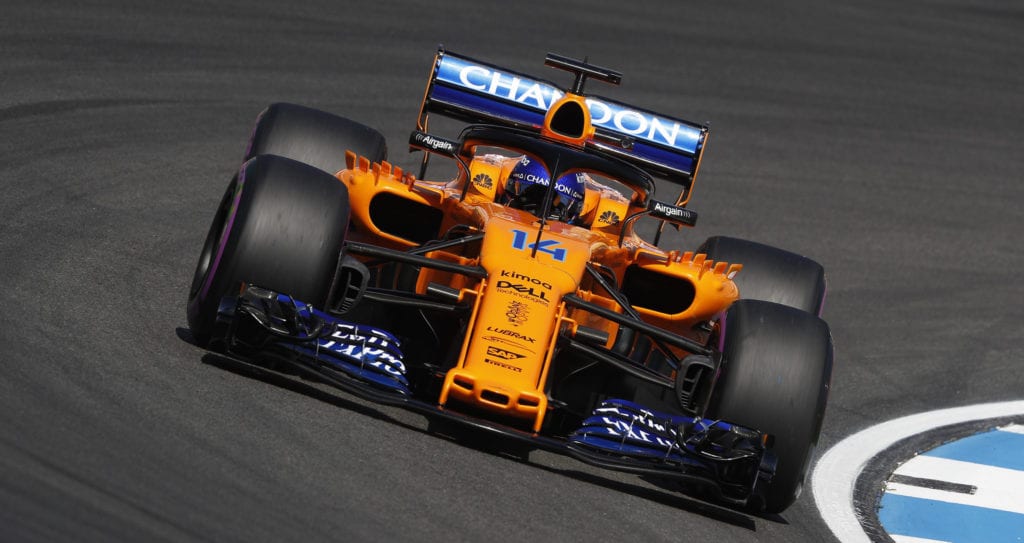