Alonso Says The US GP Driver Intros Were Like The Indy 500 Ones, But Worse – WTF1
Skip to content
×
Formula 1 , News

Alonso Says The US GP Driver Intros Were Like The Indy 500 Ones, But Worse

A big part of motorsport in America is introducing all the drivers to the crowd ahead of a race. F1 decided to give this concept a go ahead of the US GP, and the one-off ceremony fell firmly into the category of ‘so bad it’s good’.

Whilst some of the drivers (like Lewis Hamilton and Daniel Ricciardo) fully embraced the concept and looked to enjoy it, not everyone was quite as positive.

Fernando Alonso was one of them. What with the tribute helmet and the fact that his car broke down whilst running in a strong position, Alonso’s US GP was pretty similar to the other race he did in America this year – the Indy 500. The driver introductions however were one area he didn’t think were comparable.

“In a way it was similar with the same result. The only thing that was not similar was the driver presentation, which was a bad copy, but the rest it was quite similar outcome.”

It definitely wasn’t quite as slick as it is for the Indy 500, and it dragged on a bit, but that doesn’t necessarily mean it shouldn’t be tried again somewhere else, right?

As for the race itself, Fernando was pretty miffed that his car broke down because he was on for a decent result.

“The last four or five races we lost 20, 30 points that probably could help my classification in the drivers’ standing and also the constructors’ standing for the teams. We missed this opportunity. We start last in Japan. We will start last in Mexico as well so that’s tough.”

Ahh, McLaren-Honda, the gift that keeps on giving. Well, until the end of the season, anyway! 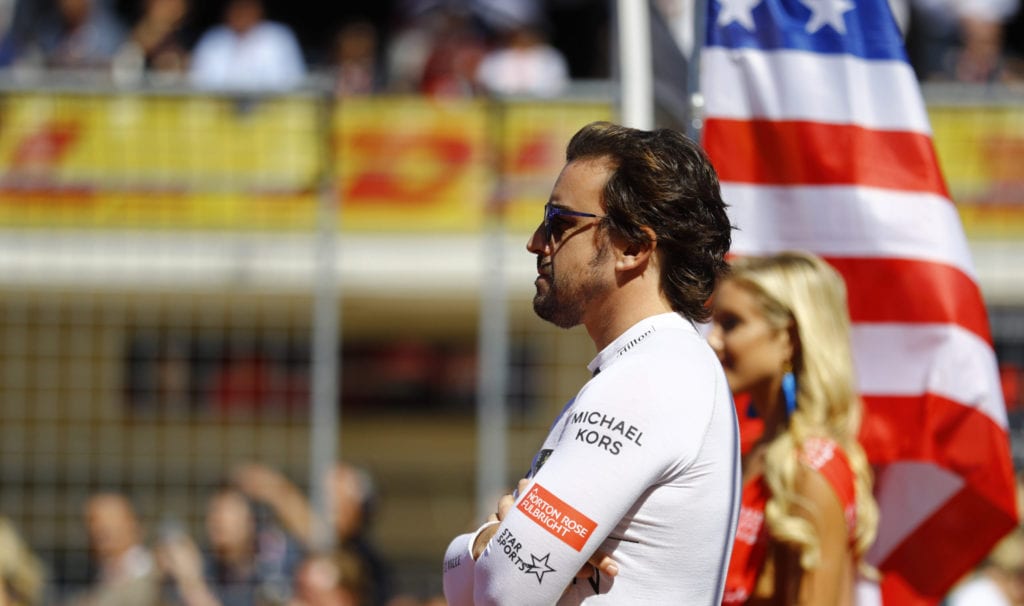