The Le Mans test day is perhaps the first big step in the countdown towards the Le Mans 24 Hours as drivers and teams get the chance are unleashed on the legendary circuit for the first time since the previous year’s race.

Of course for rookies, it’s also their first time driving the track, and Fernando Alonso ended up going fastest of all at the end of the day’s running. He drove his Toyota TS050 Hybrid to a time of 3:19.066 – some four seconds off Kamui Kobayashi’s record pole lap from 2017, but there’s plenty of time for the drivers to try and edge closer to that.

First laps at Le Mans Circuit this morning. What a place and what a car 😍! @toyotamotorsportgmbh #toyota #wec #lemans24

Second quickest wasn’t a Toyota, but the No.3 Rebellion driven by Mathias Beche just six-tenths behind, with the other Toyota a further four-tenths behind in third. Alonso wasn’t the only F1 champion learning the ins and outs of Le Mans – Jenson Button was too and his SMP Racing BR1 ended the test fifth-fastest, behind the Toyotas and the Rebellions.

Top of LMP2 was the DragonSpeed Oreca driven by Nathanael Berthon – the very car that Pastor Maldonado is also driving – whilst Porsche topped both GTE classes.

The drivers have a week or so of ‘rest’ before the action starts up again, with the practice and qualifying sessions taking place on 13-14 June before the race gets underway on 16 June. 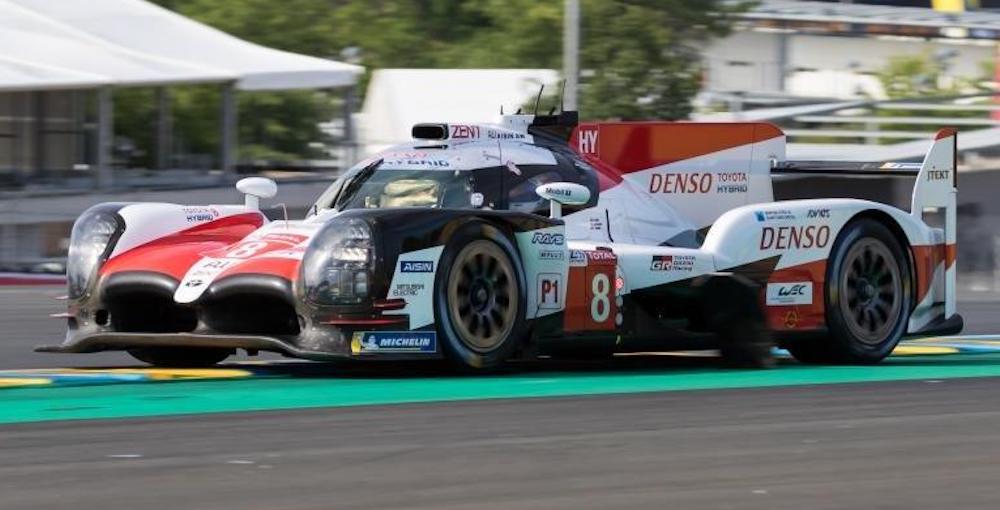