Alonso Thinks He Had A Chance For Pole Position In Russia Qualifying – WTF1
Skip to content
×
Formula 1 , News
2 comments

There were excellent results for midfield drivers all over the place in that bizarre Sochi qualifying. Fernando Alonso was one of those who managed a great result in the drying conditions, grabbing a lovely sixth place. It was undoubtedly a great result for Alpine, but he thinks even more was possible!

Sky Sports asked him if it could’ve been him on pole. “Yeah,” he replied. “You never know in these conditions.”

“We were hoping for a good result. I think we got it, P6, happy with that!”

Fernando’s quali started a bit differently from everyone else. He was the only driver to go out on the full wet tyres whilst everyone else set their opening times on intermediates. He quickly changed over the inters and managed to get to Q3 and, in the end, nailed it on the slicks.

Wet tyres (unsurprisingly) for Fernando as he heads out for his first run during Q1 👀#RussianGP #F1 pic.twitter.com/bnBXQDUy1Y

That’s his best quali since his comeback. He hasn’t been higher than ninth all year (unless you count seventh because of the Silverstone sprint but nah). In fact, it’s Alonso’s best qualifying since another sixth place at Brazil 2017!

The challenge now is to stay there, Alonso has outdone Valtteri Bottas, who’ll be behind him in the Mercedes, but he’ll be hard to hold behind. He also thinks that Max Verstappen, who is starting on the back of the grid because of engine penalties, will be hard to fight too.

“Let’s see tomorrow if we can hold that because Verstappen will come back fast,” said Fernando. “We saw Bottas starting last in Monza and finishing on the podium. Red Bull and Mercedes are having a different race.”

Fernando can keep fast cars behind him. He earned a win for Esteban Ocon in Hungary after a beautiful job of defending aggressively from Lewis Hamilton for over ten laps! The straights are a tad longer in Sochi than in Budapest, so any overtakes will be much easier for the faster cars coming through the field.

One thing you can definitely count on is that Fernando won’t make it easy for anybody! 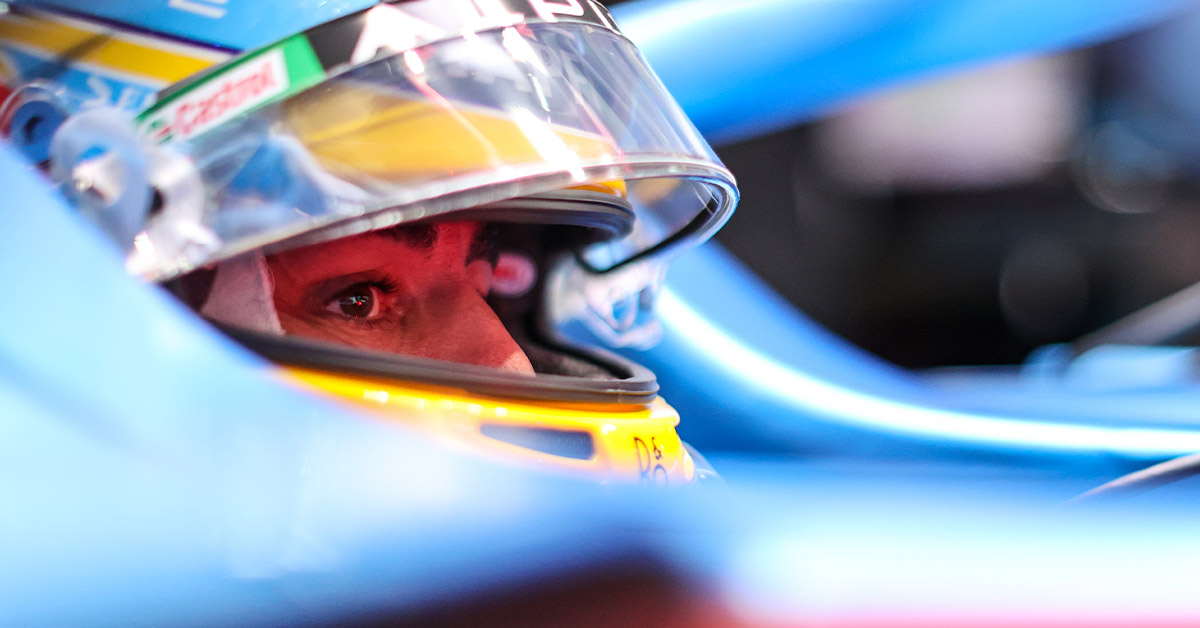