Alonso Thinks His Rivals Were Driving Above Their Ability In Baku Qualifying – WTF1
Skip to content
×
Formula 1 , News

Fernando Alonso was unimpressed with the quality of driving from some of his rivals in qualifying for the Azerbaijan GP and offered them some tips on how to ‘stay alert on a street circuit’. If you know, you know.

The two-time world champion suggested that maybe they should hold back a bit and drive at 98% when the session’s aim is purely to progress to the next part.

“I think the people need to calm down a bit and drive 98% at a street circuit. If you crash and start last in the race, maybe you don’t drive over your possibilities. I think today there were so many people driving over the possibility of their car or their ability,” Fernando said to Sky Sports on Saturday evening.

Yesterday’s qualifying in Baku now equals the record for the most red flags, with four being brought out over the 90 minutes. The last time this happened was at the 2016 Hungarian Grand Prix. There were two red flags in the first ten minutes because of Lance Stroll and Antonio Giovinazzi.

Fernando himself was saved from a potential Q2 exit because a red flag from Daniel Ricciardo prevented those behind from improving at the end of that session.

Yuki Tsunoda and Carlos Sainz were the two drivers who crashed at the end of Q3, which ended that session early, but both will still start ahead of Alonso because they had set faster lap-times earlier in the session.

Sainz is fifth, and Tsunoda is seventh.

Fernando was annoyed at this, as you would expect. It’s the second consecutive race where a red flag in Q3 has ruined the chance for drivers to improve their final laps.

“It’s a little bit unfair probably that people that crash, they repair the car and they start in that position tomorrow.

The incidents which brought qualifying to an end ❌

“All the other cars, we are in parc ferme until tomorrow in the race. So we cannot touch the car. So, why they can change all the parts when they caused the red flag? But maybe one day we’re in that position, and we’ll take advantage of that rule. But as I said, let’s see tomorrow what we can do.”

Fernando will start in eighth, his highest position on the starting grid since he made his F1 comeback at the start of the year. It’s only the second time he’s outqualified his teammate Esteban Ocon too.

“We have a good car, it has been good all weekend, always in top 10, and we felt comfortable. Here you can overtake if you have the pace, so we need to take care of the tyres, that will be the hot topic for tomorrow. We have reasonable confidence to take good points.”

Here’s hoping Alonso can pull off another Baku performance like he did here in 2018! 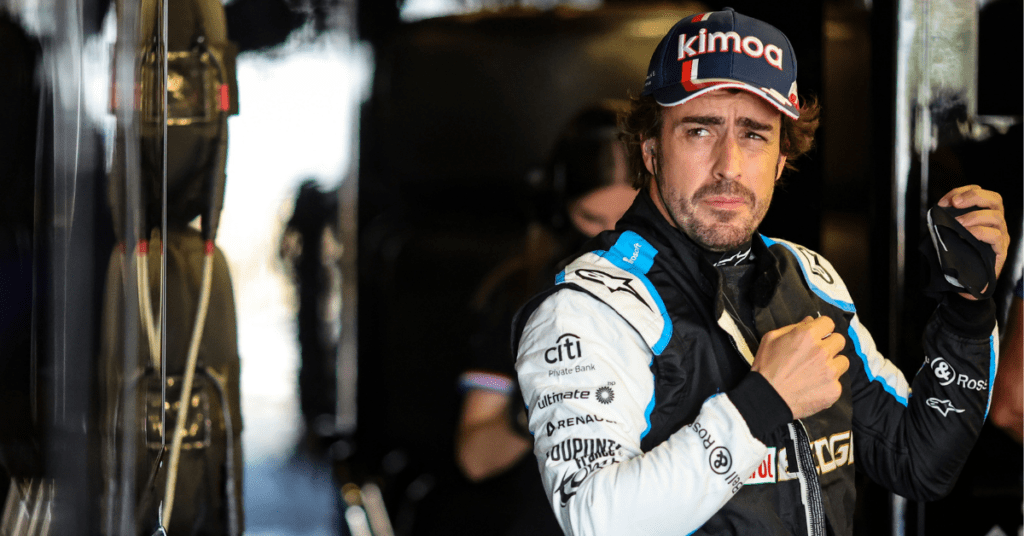