Alonso Thinks The Halo Should Be Used To Help Fans Identify The Drivers – WTF1
Skip to content
×
Formula 1 , News

White, black, red, pink, blue – the Halo comes in a variety of colours this year, but that’s either a result of teams trying to make it stand out less, or blend in with the rest of the livery.

Either way, the Halo does have the effect of making the driver even less visible than usual. That can make it difficult for fans to know who’s who, which obviously isn’t great. Of course, there are things like the driver numbers and T-cam’s that fans can use to tell drivers apart, but Fernando Alonso thinks the Halo should also be used as an identifier. When asked if the Halo should be painted to match the driver’s helmet, he said:

“Good question. I think the fans maybe can help in that aspect and make some suggestions, or F1 could have research on what the fans would like. Obviously on our side it would not make any difference but if that can help the fans it’s OK.”

If the idea sounds familiar, it’s because it’s an idea Sean Bull experimented with last year, and the designs looked really, really good.

Even FIA President Jean Todt – who loves the Halo – admitted that the fact that it obscures the drivers is a bad thing for fans and that something could be done to help.

How would you like to see the Halo’s used? Should they be painted in driver’s helmet colours, used to show who the championship leader is, or something different?

(inb4 someone just says ‘get rid of them entirely’.) 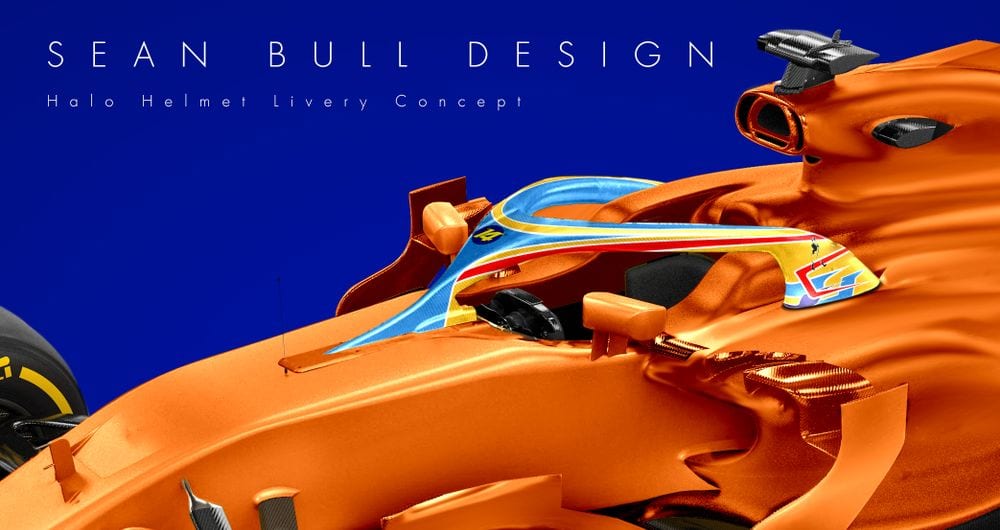