At his home grand prix Alonso made it into the final part of qualifying for the first time this year, taking eighth in McLaren’s heavily altered and upgraded MCL33, a package which has been deemed the team’s ‘real’ car.

However, Alonso still stood 1.5 seconds shy of the ultimate pace set by Mercedes’ Lewis Hamilton, prompting the Spaniard to say that although McLaren is heading in the right direction, the gap to Mercedes, Ferrari and Red Bull is still a notable one.

“It was a good quali, so I’m very happy, without a doubt. We had been P13 three times in a row and today we took that step forward we needed. Now we need to bring more things as quickly as possible. The downside of this position is still the gap, with the top six, they are in another league. And we need to keep chasing and closing that gap race after race.”

Despite his happiness that McLaren’s tweaks seem to have worked, Alonso said that the current package should have been ready for the start of the season and leaves the team playing catch up for the rest of the season. He told Sky F1:

“This package is making me happy. In another way, this car, is supposed to be the Australian Grand Prix package. That delay, on the first improvement, and having it not at the first races, having it here, probably put us in a difficult position in the first races. We saved them with a lot of points on Sundays with a little bit of luck and good races, but now we need to push the development and we need to bring new parts every single race.”

Despite his desire to close the gap to the leaders, this weekend McLaren is actually about a second a lap closer to the front than it has been all season, which is a pretty sizeable chunk. Considering the fact that the car also tends to be significantly better in races, there’s a real chance the team could be well on its way to establishing itself as the top midfield team.

Just think how well McLaren will do when it finally gets rid of it’s Honda power un— oh, wait… 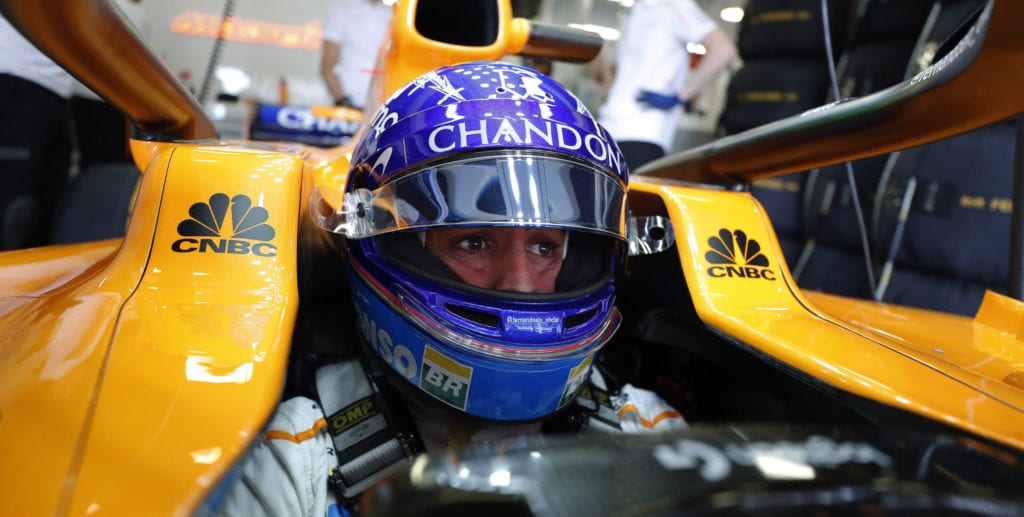