Alonso Was Quickest In Q1 And Broke The Internet – WTF1
Skip to content
×
Formula 1 , Fun

Alonso Was Quickest In Q1 And Broke The Internet

For the first time since the 2013 Indian Grand Prix, a McLaren driver set the pace in Q1. Yep, Fernando Alonso was quickest in the first qualifying segment at the 2017 British GP.

Conditions in Q1 were wet and slippery to begin with but the track dried out as the session progressed, so towards the end, a lot of people were thinking about slick tyres.

At the last minute, Alonso scrapped his intermediate tyre lap for a very late move onto super-softs, and no one else followed him into the pits. It was a risky move.

But, Alonso and McLaren had nothing to lose because the Spaniard has a 30-place grid penalty for the Silverstone race anyway…

He just (and we mean, just) made it across the line to put in a timed lap and went quickest with a 1:37.598. And everyone went crazy for it. Here are some of the internet’s best reactions:

I SWEAR YOU'LL NEVER SEE ANYTHING LIKE IT EVER AGAIN! SO WATCH IT! DRINK IT IN! #BritishGP #F1 pic.twitter.com/Jlww6NLTR4

Great stuff. If Alonso can repeat that performance in Q2 and Q3, he will start… Last #F1 #BritishGP

The checkered flag falls and Alonso just managed to get over the line with enough time for a final lap, by about 0.001 #F1 #BritishGP 🇬🇧

Okay, you can't win Q1, and he has a grid penalty, but fantastic to see the Spaniard in P1! #BritishGP #C4F1 pic.twitter.com/EdTHlvUW1G

It amazes me than even in a poor car, Fernando Alonso can still command the attention of EVERYONE. He's a genius at the wheel #BritishGP

THE MOST EXCITING MEANINGLESS LAP IN HISTORY! #Alonso #F1onNBC #BritishGP

Sadly, he was eliminated in Q2, out-qualified by his team-mate Stoffel Vandoorne and will start last. But, still. He was P1 in Q1 and no one can take that away from him. 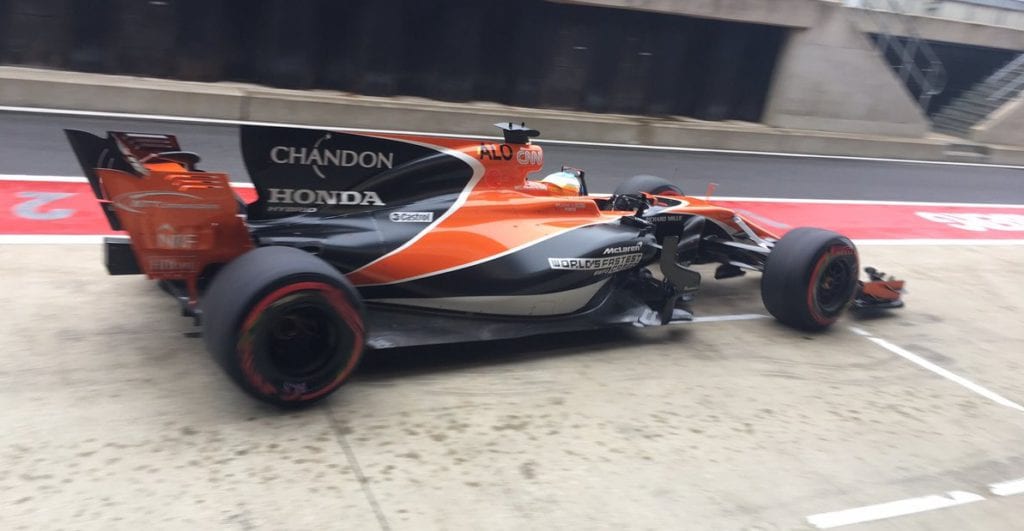