Alonso Was The Ultimate George Russell Fanboy After The Austrian GP

George was hanging on in tenth place – the final points position – when Fernando approached him and eventually passed with two laps left in the race. Poor George, he’d done such a brilliant job in both Austria weekends and getting Williams first point since 2019 was what he deserved.

But as much as Fernando wanted him to do well, he also wanted to that point for himself.

“I felt a little bit sad for George because he drove an amazing weekend,” Fernando told Sky Sports. “When I saw P10 was him – I was hoping that anyone apart from him was in that last spot.

“But I had much better tyres, much better traction out of three, and I could make the move with three laps to the end. He will have more opportunities for podiums or wins in the future.”

George said it was basically impossible to keep Fernando behind, but he gave it a good go and defended very nicely for some time, but in the end, it was just another near miss.

He’s been edging closer to points for ages. In France, he was 12th on pure pace with no retirements for anyone else. In Styria, he was solidly running eighth before a leak in his power unit, and now he was just pipped with a few laps to go. Surely it’s only a matter of time?

Whilst Williams deserves that points finish, Alpine and Alonso did too with their pace all weekend, matching those who made it to Q3.

“Yeah, we have to be happy with the point. Obviously, it’s too little reward for the job and the performance of the car, but it’s what we could achieve today starting that far back,” said Fernando.

Both drivers have always been very complimentary of each other, and there’s a proper little bromance forming between the two. With Alonso calling George a “future world champion” during a racing helmet swap and a cute kinda ‘apology hug’ after yesterday’s race, they’re quickly becoming one of the most wholesome friendships in the paddock. 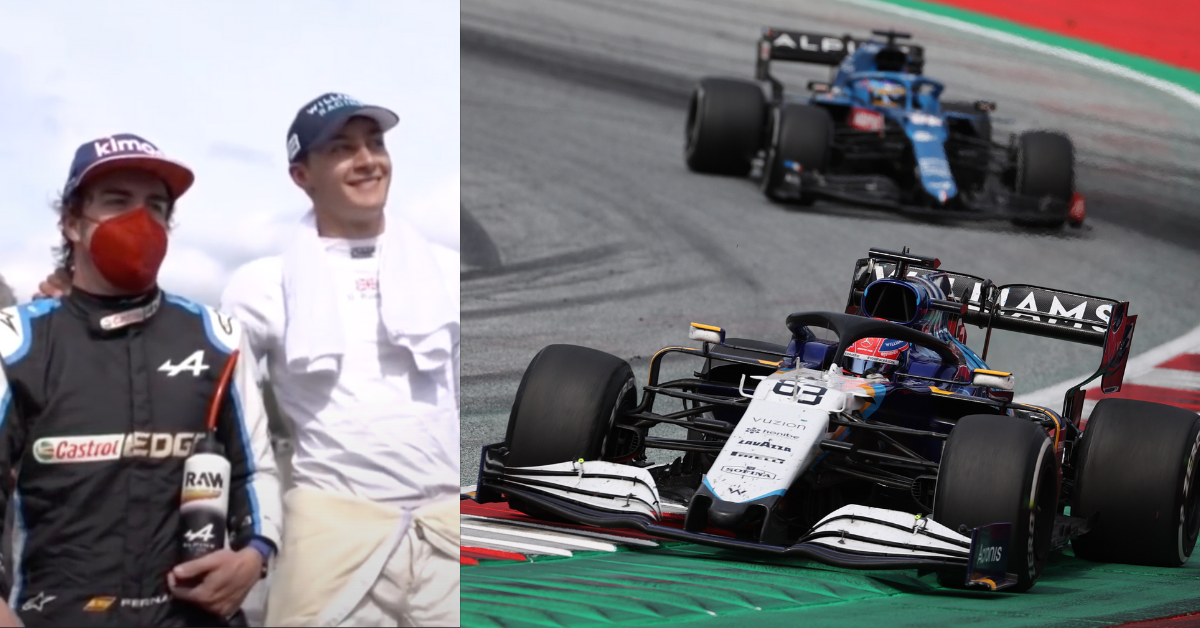