After just avoiding the collision between Carlos Sainz and Felipe Massa at the start of the Canadian Grand Prix, Fernando Alonso put in a typically battling performance. Despite saying his engine had “embarassing power” over the team radio, he looked set to finish 10th and finally score his first point of the season.

Then just two laps from home, to the surprise of nobody, his car ground to a halt after yet another Honda failure.

Although it’s a shame for him and the team to miss out having come so close, Fernando probably couldn’t care less about missing out on a single point, so he just wandered into the grandstands to meet the fans and give away bits of his kit.

Watching @alo_oficial blow an engine and go into the crowd in Canada. I really like that guy. Get to @IndyCar Fernando! pic.twitter.com/OyI3YBHPVr 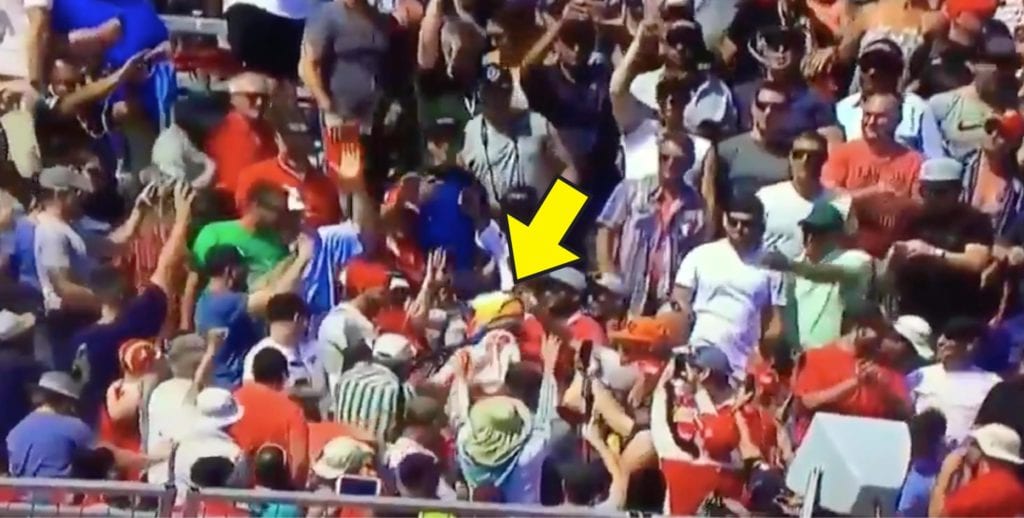