Alonso has been doing a load of testing in recent weeks in preparation for a potential assault on the legendary Dakar Rally next year. After dipping a toe in the water with a smaller event in South Africa last month, he’s now taking part in what can best be described as his first proper rally raid experience – the Rallye du Maroc in Morocco. A five-day, 2,500km event across tough terrain, many use it as something of a warm-up for the Dakar in January. It’s one of the toughest forms of motorsport there is – something Alonso’s has quickly discovered.

On the first day, Alonso and co-driver Marc Coma suffered two punctures and then hit a rock so hard that a wheel rim broke. With both spares already used, they had to wait for a teammate to pass by so they could borrow an extra. All of those delays left him 21st overall, almost 45 minutes away from the lead.

The second day was much better as a combination of problems for others and a reasonably straightforward run saw the Spaniard move into 10th overall, with the gap to leader Nasser Al-Attiyah actually coming down a little bit.

However, on day three the rally bared its teeth. The stage notes (which are provided by the organisers) failed to make mention of a rather large hole in the ground and Fernando – along with two others – managed to find it. His suspension damaged, Alonso was forced to retire from the stage.

It’s not the end of the rally for him, though. Toyota is going to attempt to fix his Hilux and get him back in the event for the remaining stages so that he can gain that crucial experience. Alonso has already said that one of his goals for this event is to determine whether he actually wants to take part in the Dakar next year, telling Motorsport.com:

“The clearest and most concrete idea of how I feel and whether or not I want [to run the Dakar] will be after Morocco. I’m getting into a totally different world, in a land they know very well. Morocco is to them what Barcelona is to us [F1 drivers]. They do all the tests there. I know that I will not be at the level of the best, but at the same time I hope to continue learning, complete many kilometres and see what feelings I have.”

Having multiple punctures, waiting for a competitor’s help, encountering unexpected areas of terrain – it seems like he’s building up a pretty good picture of what off-road racing is all about. I hope he’s enjoying it, because chances are there’ll be even more of it in the Dakar! 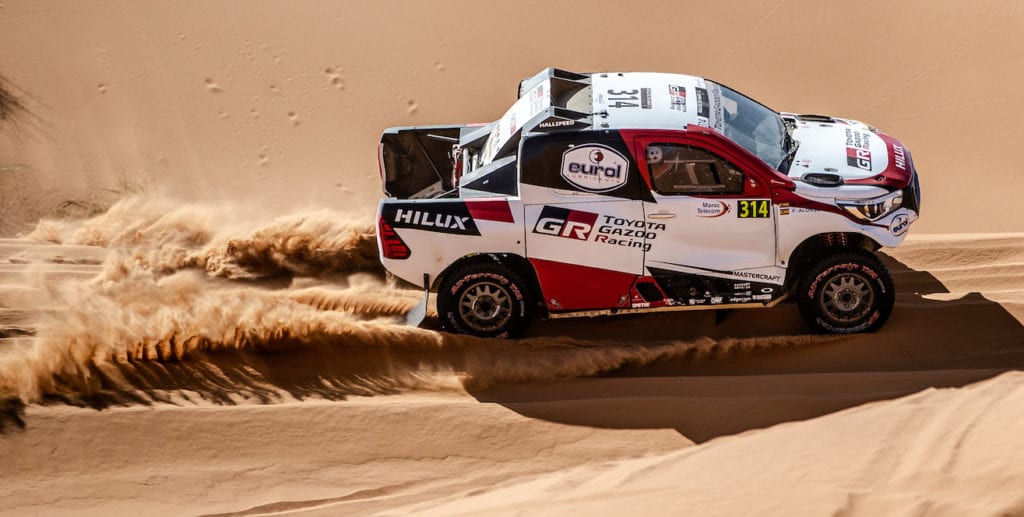