Alonso’s Management Has Been Openly Talking To Other Teams In Baku – WTF1
Skip to content
×
Formula 1 , News

Fernando Alonso has said that he’ll stay with McLaren for 2018 if the team can start winning races by September, but that obviously isn’t going to happen.

Naturally speculation is rife over what the Spaniard is going to do next year and in Baku things seemed to ramp up as members of his management team were seen openly talking with other team bosses.

Although it could just be a tactic to put pressure on the McLaren team it’s hard to imagine that Fernando wouldn’t jump at the chance to move to a winning team – especially if that team was Mercedes.

Alonso’s long time manager Flavio Briatore had dinner with Toto Wolff and Niki Lauda in Baku, but Wolff played down the meeting. He said:

“If you have dinner with Flavio it’s clear that you talk about Alonso. But we are very happy with our current driver line-up. So there wasn’t any talking about Fernando joining the team. We talked about Indy.”

He also said that he was happy with what Valtteri Bottas was doing with the team so far this year, although the Finn is yet to be confirmed for another season with Mercedes.

“At the moment there is no reason why not Valtteri? I think we just want to give ourselves time to see how the season pans out. Probably it’s about getting more and more confidence. No reason not to continue with Valtteri. He just has to continue what he does now. I wouldn’t want to attach it on a specific race result. He’s a great addition to the team, and every day he’s with us, it becomes more clear.”

It isn’t just Mercedes that Alonso’s management were in contact with though, as Luis Garcia Abad was seen chatting to Renault boss Cyril Abiteboul and team advisor Alain Prost.

Alonso has been linked with a return to Renault for a while now, although it’s no secret that the Spaniard wants to be in a winning car next year, something Renault has previously said it’d be unable to give him. It’s also worth bearing in mind that Abad is also the manager of Carlos Sainz Jr., so it’s all just speculation at the moment.

Fernando has always been very clever with his words though and said some things which have really fanned the flames of speculation over his future.

McLaren has endured probably the worst weekend of its season so far. But when asked about the presence of his mangement at the track this weekend, Alonso cheekily said:

“So far it has been quite positive. In many ways. It has been very positive for me.”

Either way I guess we’ll have to wait until at least the summer break to find out, since that was when Fernando said he’d make a decision over next year, but this is F1, since when does everyone ever stick to their word?

So is Fernando just trolling us all into making a fuss about nothing, or is he really getting ready to join a new team – possibly even Mercedes – for 2017? Let us know what you think in the comments! 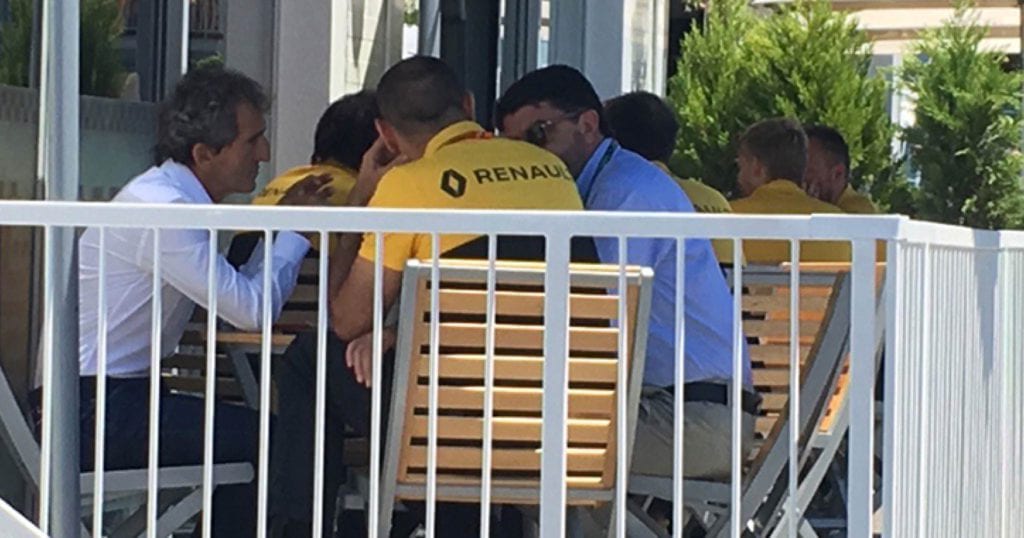