Alonso’s Qualifying Power Problems Were Because He Drove Too Well – WTF1
Skip to content
×
Formula 1 , WTF

Alonso’s Qualifying Power Problems Were Because He Drove Too Well

We all know that Fernando Alonso is way, way, WAY too good of a racing driver to be struggling for points in his McLaren Honda. But he’s still put in some impressive performances, particularly at the last race in Hungary where he scored a sixth place and set the fastest lap of the race.

During qualifying for the Belgian Grand Prix though it turns out Alonso literally out-drove his car to the point that it caused a car failure.

In Q2, Alonso was on a lap good enough to make it into the top ten, but a loss of power caused him to abort his lap as well as shout “No Power! No Power!” over the airwaves.

It appears though that the failure could have been caused because Alonso was driving too quickly, confusing the Honda system. Yep, really…

Alonso's deployment issue in Q3 caused taking Pouhon flat for the first time. System calculates where is on track by throttle input 1/2

So there you have it. Alonso absolutely nailed Pouhon, confusing the hell out of the Honda power deployment system.

The lack of power caused him to immediately lose almost half-a-second and therefore abort his lap. You just couldn’t make this stuff up. 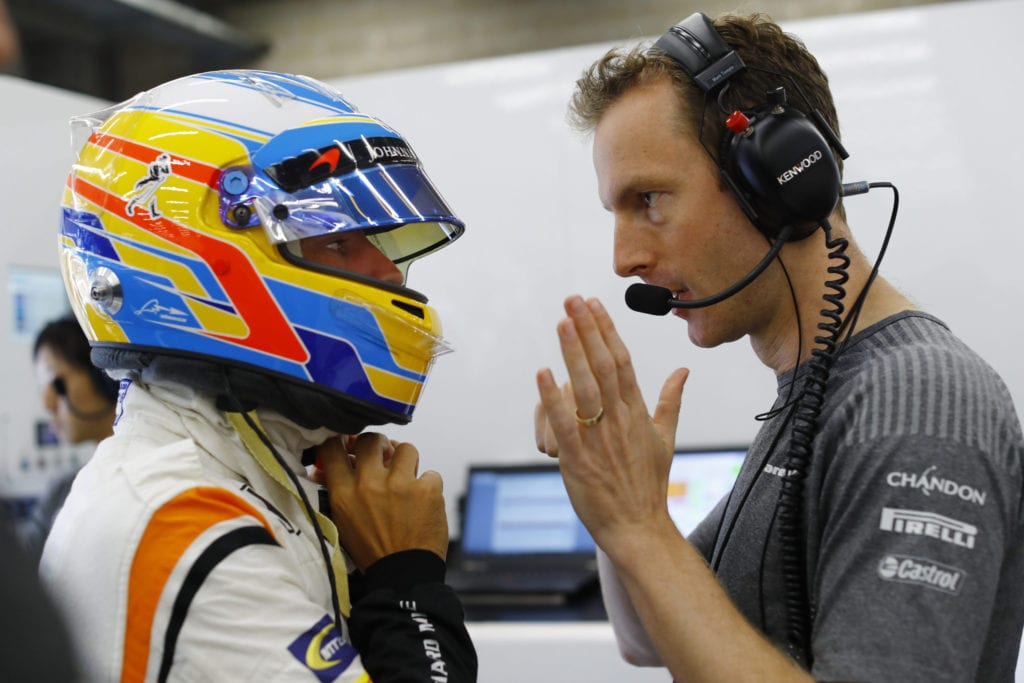