Now I don’t know about you but I’m terrified of getting a slight scratch on my car so imagine how it feels to crash and damage a 1975 Ferrari F1 car at the Monaco Historic Grand Prix.

Historic racing is usually not the most exciting affair, It’s more of an exhibition of some antique cars from the annals of F1 history rather than a nail-biting race. But this was an absolutely epic fight and had more drama than Netflix could shake a stick at!

Jean Alesi was driving Niki Lauda’s old Ferrari which he raced in his first championship winning year and was leading for most of the race which was named after Niki.

Alesi had taken the lead at the start from Marco Werner who was in a Lotus from 1976. The race then became an intense fight between the two of them as Werner tried to get past Alesi at every possible opportunity. He was putting his nose in at every corner, around Monaco. Monaco!

They were both pushing so hard and unfortunately it all ended in tears with only a few laps to go.

Alesi, who was somehow still leading, came out of the final corner with Werner right behind him. But, all of a sudden, he slowed. Alesi had missed a gear! He was then slightly tapped by Werner who was trying to dodge the slow car in front of him and that made the Ferrari snap straight into the wall! It was insane!

Alesi had a hard hit with the wall and was out. Werner carried on for the next three laps with the win looking sealed. Another crash meant the race was red flagged and Werner pulled up his Lotus in the first place spot, obviously really happy to win.

But he wasn’t happy for long. He was hit with a 50 second penalty (yes, 50!) and demoted to third. He was furious, he was adamant that Alesi had missed a gear and it wasn’t his fault that he had nudged him. Werner was so angry that he refused to stand on the third place spot on the podium and left the podium there afterwards.

It was so dramatic!

The whole race was both terrifying and epic to watch and is one of the best historic races ever by an absolute mile.

You can watch a livestream of all of the races at the festival here. 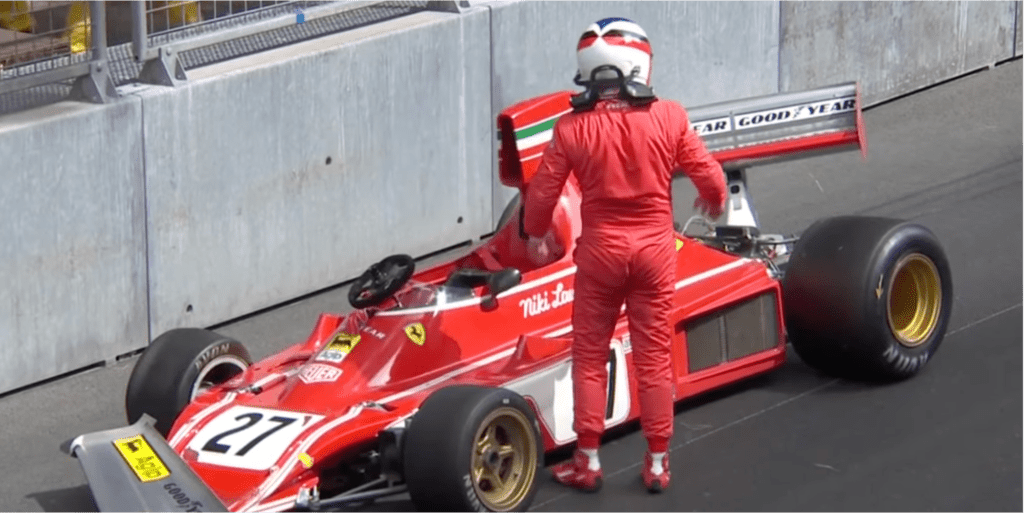