An F1 Fan Will Wave The Chequered Flag At The Austrian GP – WTF1
Skip to content
×
Formula 1 , News

F1 fans look set to get even closer to the sport at this weekend’s 2017 Austrian Grand Prix, thanks to a number of changes reported by Motorsport.com.

The Red Bull Ring has always been one of the more fan-friendly events, putting on car and air displays, concerts and other fun things for those attending to enjoy.

Well, the track is taking that to a whole new level this year to improve the fan experience – no doubt pushed forward by F1’s new owners Liberty Media, as they continue to try and open the sport up to fans.

A raffle draw will see three lucky fans win a few hot laps of the circuit with F1 safety car driver Bernd Maylander over the weekend, which will clearly be an unforgettable experience.

But, the biggest prize of all is the chance for one fan to wave the chequered flag to signal the end of the Austrian GP on Sunday.

Now that is pretty damn cool.

Alongside the air displays, music and F1 red carpet (where fans can meet the drivers and team bosses as they arrive), the pitlane will also be opened up for those with tickets on Thursday.

There’ll also be the chance for 22 young fans to become mascots for the drivers ahead of Sunday’s parade before the race.

The Red Bull Ring’s fan-friendly nature also extends to the tickets, with kids under 14 getting in for free if they’re accompanied by a paying adult. Surely more tracks should bring that in? 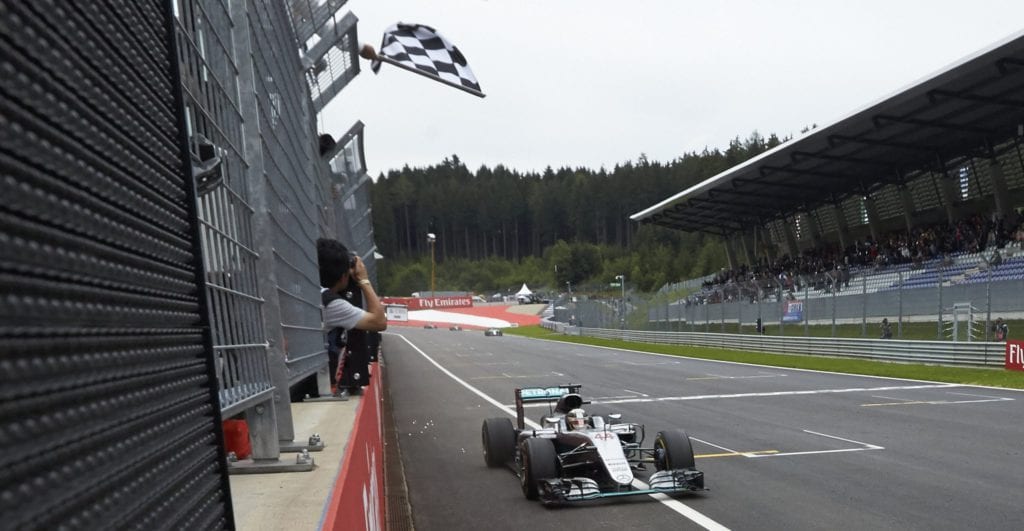