An FBI Investigation Revealed That The Noose In Bubba Wallace’s Wasn’t A Hate Crime – WTF1
Skip to content
×
Nascar , News

The noose was reported by a member of Wallace’s team and Nascar took very strong action, involving the FBI in discovering who may have placed it in the garage – generally a locked, secure place.
The way Nascar responded turned out to be an incredibly powerful sporting moment as the teams escorted Wallace’s car to the head of the pack before the race, with Wallace speaking eloquently after the race.

However, on Tuesday, the investigation concluded that the noose in the garage had actually been there for months – long before the No.43 crew was assigned the garage – and is believed to be a rope used to pull the door shut. The FBI report reads:

This is really good news – not only because it means that a hate crime hasn’t been committed, but because the swift and united way Nascar responded shows just how seriously it takes such situations.
Speaking to media after the news, series president Steve Phelps said that given the evidence that was available at the time, Nascar would proceed in the exact same way again.

“I want to be clear about the 43 team: The 43 team had nothing to do with it. The evidence is very clear that the noose that was in that garage had been in the garage previously. The last race we had there in October, that noose was present. The fact that it was not found until a member of the 43 team came there is something that is a fact. We had not been back to the garage.

“It was a quick, one-day show. The crew member went back in there, he looked and saw the noose, brought it to the attention of his crew chief, who then went to the Nascar series director Jay Fabian and we launched this investigation.

“To be clear, we would do this again. The evidence that we had, it was clear that we needed to look into the incident.”

I do not feel scammed by this. I'm glad there *isn't* someone in the NASCAR community that intentionally did it, and I'm just as impressed now by how everyone responded when they thought there was.

And the hate that Bubba faces on social alone needs all the attention it can get. https://t.co/0MC2KuSZLi

The garage had previously been occupied by the Wood Brothers team, who released a statement of their own concerning the rope:

STATEMENT ON THE COINCIDENCE OF OUR STALL FROM 2019 AND THE INVESTIGATION pic.twitter.com/SJgKus8o8T 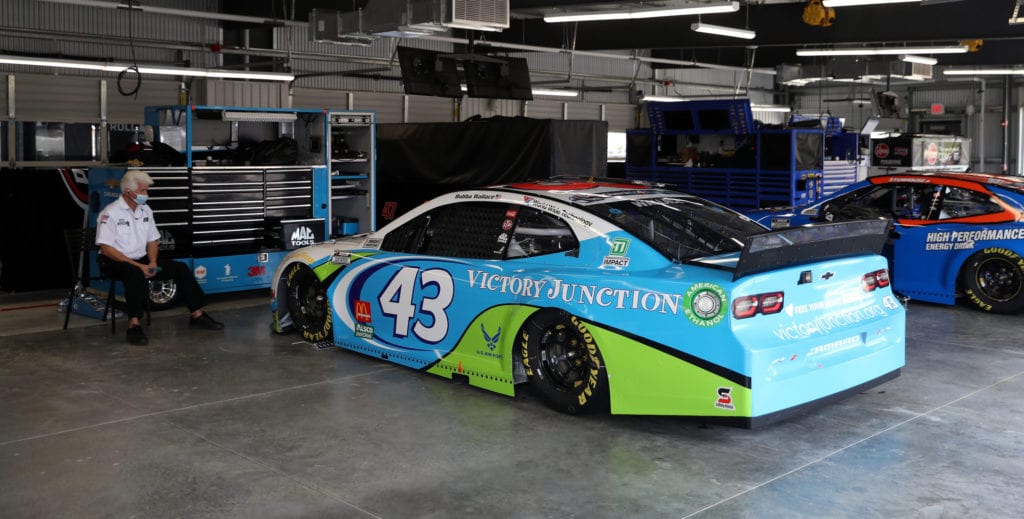