Over five years on from his skiing accident and very little is still known about Schumacher’s condition. Every now and then a report comes out that hints at how he’s getting on but with the family understandably wanting privacy on the matter, any news needs to be taken with a hefty pinch of salt.

The seven-time champion turns 50 this week and as a gift to fans for their patience and understanding, the Keep Fighting Foundation is launching ‘The Official Michael Schumacher App’, which will be made available on iOS and Android from 3 January.

The app will celebrate Schumacher’s career in a variety of ways. A 3D gallery of his cars (complete with engine sounds) will include not only his F1 cars but also his karting, Formula 3 and sportscar machinery (among other things). There will also a virtual tour of the Michael Schumacher exhibition close to his hometown of Kerpen in Germany, as well as the kart track where he learned his skills as a youngster.

There will also be sections dedicated to all the facts and figures from his record-breaking career, as well as an interview he gave in 2013.

On top of that, there’ll be a second app which will be full of Schumacher emojis. Called ‘Schumoji’, it will not only feature Michael-themed emojis but also ones of his son, Mick, who’ll race in Formula 2 this year. All proceeds go towards the Keep Fighting Foundation.

A statement from the family reads:

“We are very happy to celebrate Michael’s 50th birthday tomorrow together with you and thank you from the bottom of our hearts that we can do this together. As a gift to him, you and us, Keep Fighting Foundation has created a virtual museum. The Official Michael Schumacher App will be released tomorrow, so that we can review all together Michael’s successes.

“The app is another milestone in our effort to do justice to him and you, his fans, by celebrating his accomplishments. We wish you a lot of fun with it. Michael can be proud of what he has achieved, and so are we! That’s why we remember his successes with the Michael Schumacher Private Collection exhibition in Cologne, by publishing memories in social media and by continuing his charitable work through the Keep Fighting Foundation. We want to remember and celebrate his victories, his records and his jubilation.

“You can be sure that he is in the very best of hands and that we are doing everything humanly possible to help him. Please understand if we are following Michael’s wishes and keeping such a sensitive subject as health, as it has always been, in privacy. At the same time we say thank you very much for your friendship and wish you a healthy and happy year 2019.” 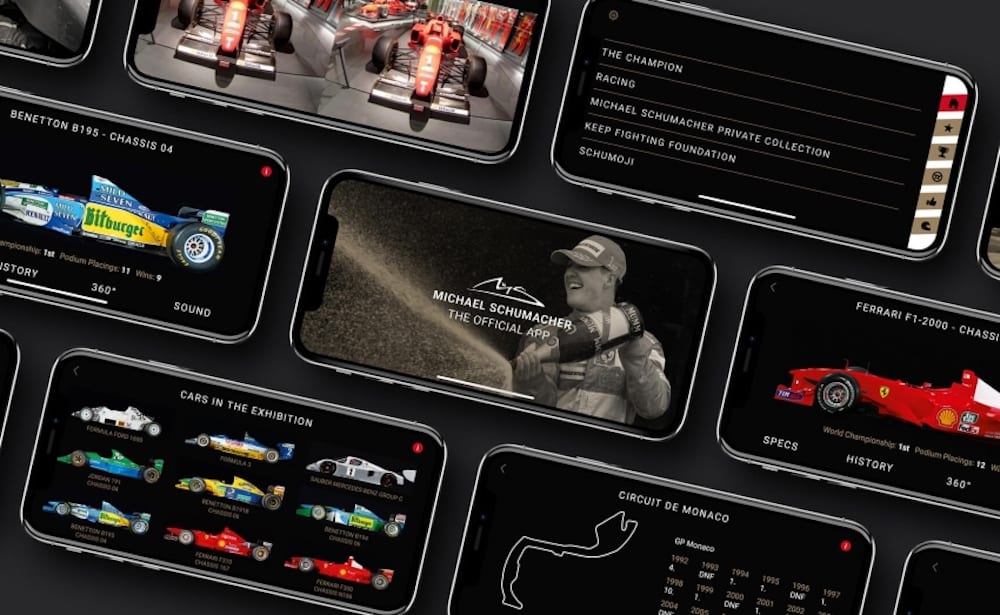