An Optimistic Vettel Has Defended Mercedes’ Decision To Use Team Orders

After finishing third in Sochi and losing another 10 points to Lewis Hamilton in the championship, Vettel retains his optimism for contention going into the final five races of the season. The German driver also voiced his support for the tactics of the Silver Arrows, saying in the post-race press conference:

“Well done to both of them, they played together as a team very well. In their defence, all the questions – I know you guys love controversy so therefore ask naughty questions to them as individuals, but I think in the position they are it’s a no-brainer what they did today. Maybe not all the questions are justified.”

If anything, the decision from Mercedes highlights a respect for Vettel. It says a lot that the team wouldn’t have felt comfortable with a 43-point gap for Hamilton with five races to go and felt it was necessary to extract maximum points this weekend against the emotions of denying Valtteri Bottas a win in his own right.

Whether team orders should be part of F1 is a separate conversation; we saw similar team orders being used by Force India during the race. Had Kimi Raikkonen been leading from Vettel with Hamilton chasing, Ferrari would have surely made exactly the same call.

On the 50-point gap he now needs to make up, Vettel remained optimistic:

“I wasn’t a genius in maths but I was clever enough to pay attention to make out for myself that it’s not getting easier if we lose points. We have to be happy with third, and settle with that for today.

“I still believe in our chance, yes. Obviously it’s not getting bigger if you finish behind but who knows. It takes one DNF and all of a sudden things look different. Ideally two! Which I’m not wishing to Lewis, but you never know what happens. We need to stay on top of our game, which maybe we haven’t been completely this weekend, and make sure from where we are now we focus on winning the last races.”

It’s significant that Vettel leaves Sochi with his self-belief intact. Without it, the title is already decided. The 50-point deficit is a real mountain to climb, but Vettel has turned this sort of gap around before to win the championship. Ferrari struggled to get the balance in the car right from qualifying onwards, something it simply can’t afford at Suzuka next weekend. That’s a circuit that on paper, is much more suited to the Ferrari than Sochi was.

There’s a reason behind Mercedes’ feeling that it was necessary to clock up an extra seven points for Hamilton – and it’s because they know who and what they’re up against. 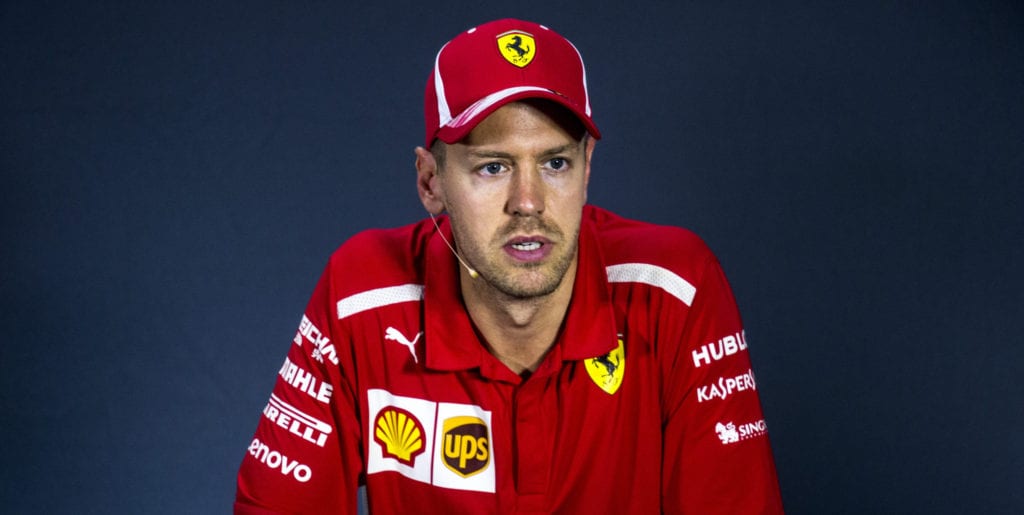