This takes motorway speeding to a whole new level!

The unknown driver was spotted on a motorway in the Czech Republic driving a GP2 car mocked up in an old Ferrari F1 livery alongside regular morning traffic! What a commute story that would be!

Of course, being a full-on race car, it isn’t exactly road legal and the police have already begun a search for the driver but haven’t been able to identify them yet. It turns out a racing helmet and overalls are a very good disguise!

On an even more hilarious note, this isn’t even the first time this car has appeared on the roads! The same GP2 car was spotted during a motorway joyride in 2019, and they were unable to identify the driver then too!

To be fair, it’s a great way to get to work if you’re running a little late! 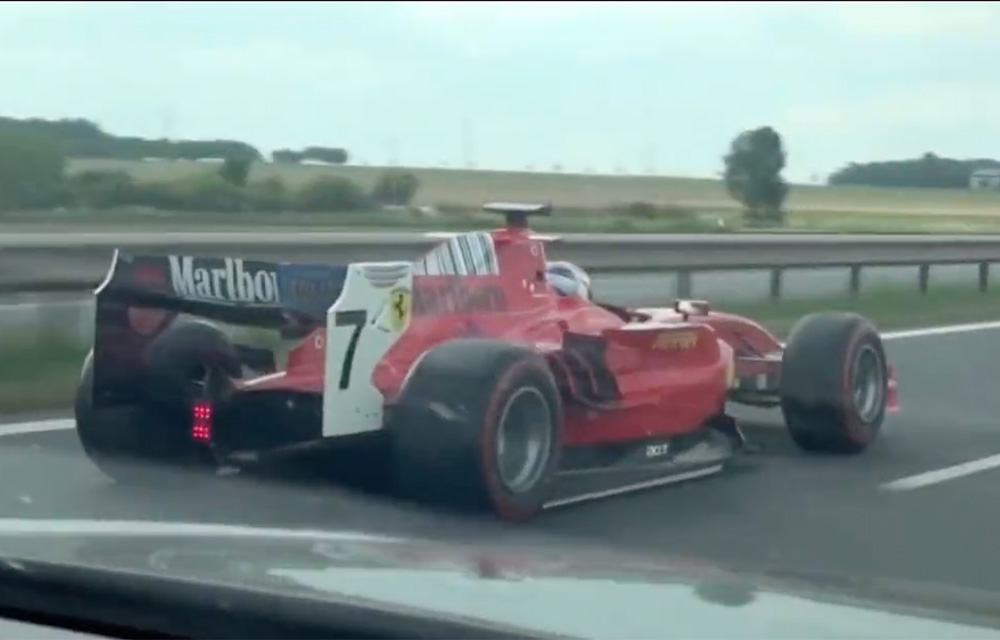