Another Home Pole For Hamilton Despite A Q2 Spin – WTF1
Skip to content
×
Formula 1 , News

Another Home Pole For Hamilton Despite A Q2 Spin

Hamilton proved he didn’t need the fans to give him a home-race boost as he set a crushing lap to take pole from Valtteri Bottas by more than three-tenths of a second as Mercedes once again proved unstoppable. It wasn’t all plain-sailing though – during Q2 he made a rarer driving error when he lost the car coming through Luffield, covering the track in the process and necessitating a red flag.

Best-of-the-rest went to Max Verstappen, while Charles Leclerc also gave Ferrari something to smile about with a fine fourth, although he is under investigation for an unsafe release in the pit lane. Teammate Sebastian Vettel’s woeful, problem-filled weekend continued – he could only muster ninth fastest, but then had his fastest lap deleted for exceeding track limits and dropped to 10th.

Lando Norris would up fifth, while Lance Stroll was a slightly underwhelming sixth after the pace shown by the team in practice. He did manage to get through to Q2 on the medium tyres, though, which could pay dividends in the race.

Super-sub Nico Hulkenberg wasn’t quite able to match Stroll’s one lap speed and he dropped out in Q2 despite using the soft tyres, though given the relative lack of preparation, 13th on the grid – and just a tenth away from making it to Q3 – isn’t a bad effort on his return.

Someone who won’t be happy is Alex Albon as the Red Bull driver was the shock casualty of Q2 and will only start 12th. Once again, he’ll need a big drive to recover to points on Sunday. George Russell did another fine effort to make Q2 for Williams yet again (though he’s under investigation for ignoring yellow flags which were out due to a spin for Nicholas Latifi).

It seems the only way anyone is going to get near Mercedes in the race is if they both make a bad start, if there are safety cars, or if they’re being lapped. The battle for third could be tasty, though – Verstappen and Leclerc could be back to carry on they’re epic battle from last year’s race, while you have to expect Stroll to move forward in the race. Hulkenberg’s fairytale podium looks like it’ll remain a fantasy for now, but a solid points finish for the team is well within reach. 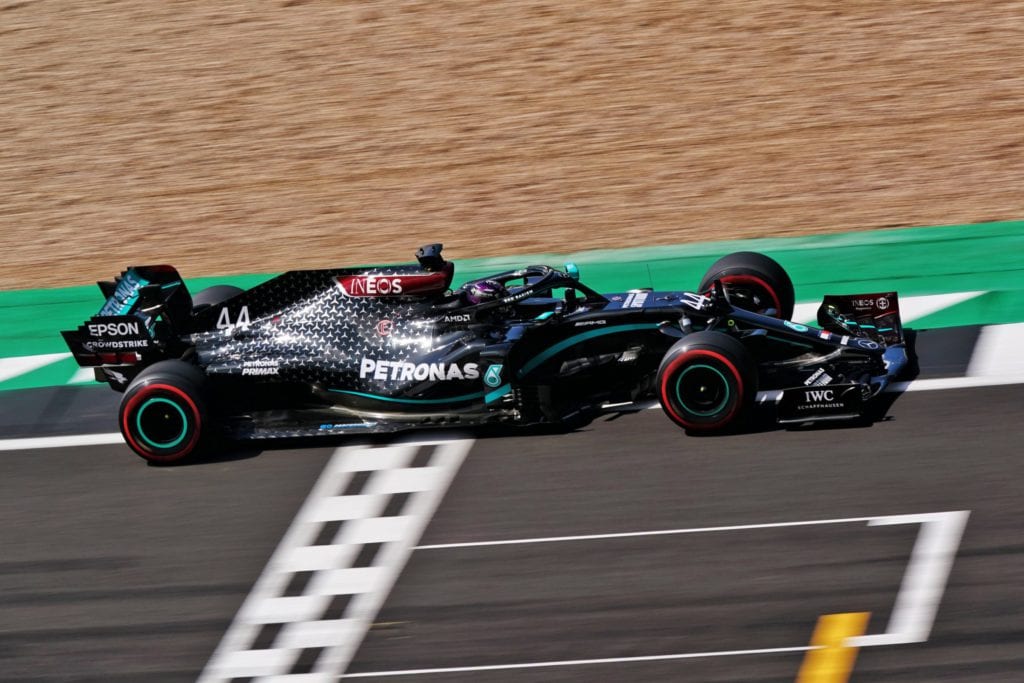