Answering Your Questions About The Indy 500

Indianapolis Motor Speedway is hosting the 104th Indy 500 today, but despite the race being over a century old, some people are still discovering the race for the first time.

How fast are the cars compared to F1 cars?

Marco Andretti’s average speed during his pole position run was over 230 mph! With cars pushing speeds of around 235-240 mph, IndyCars reach much higher speeds than F1 cars. However, to achieve these speeds they don’t have as much downforce, so are slower at a normal race track.

Why does the winner drink milk?

Winning driver Louis Meyer drunk milk after he won the race in 1936. The dairy industry saw this as a marketing opportunity and it’s been the victory lane celebration since 1956. Drivers even pick their milk choice before the race! Here’s the list…

How important is a good grid position for the Indy 500?

A lot less important than F1 that’s for sure! Drivers have won from 28th, so anything is possible. Jacques Villeneuve famously won the race in 1995 from two laps down!

The great thing about the race is that anyone can win! It’s not even out of the question that a rookie could win, with Alexander Rossi doing just that in 2016.

A good strategy is key to winning the race. When a crash or incident happens, a ‘Full Course Yellow’ comes out which bunches the field back up behind a pace car.

Unlike modern F1, teams can refuel in the pits, so some cars go “off strategy” meaning they are out of sync with the other cars. The race often comes down to the final ‘full course yellow’ as some cars can race flat out to the end while others have track position but try and save fuel to make the finish.

Is it worth watching?

Absolutely! The race has come down to the final lap more often than not in recent years. The finish is almost always one of the most exciting parts of the motorsport year.

If you’re still not convinced, watch this… 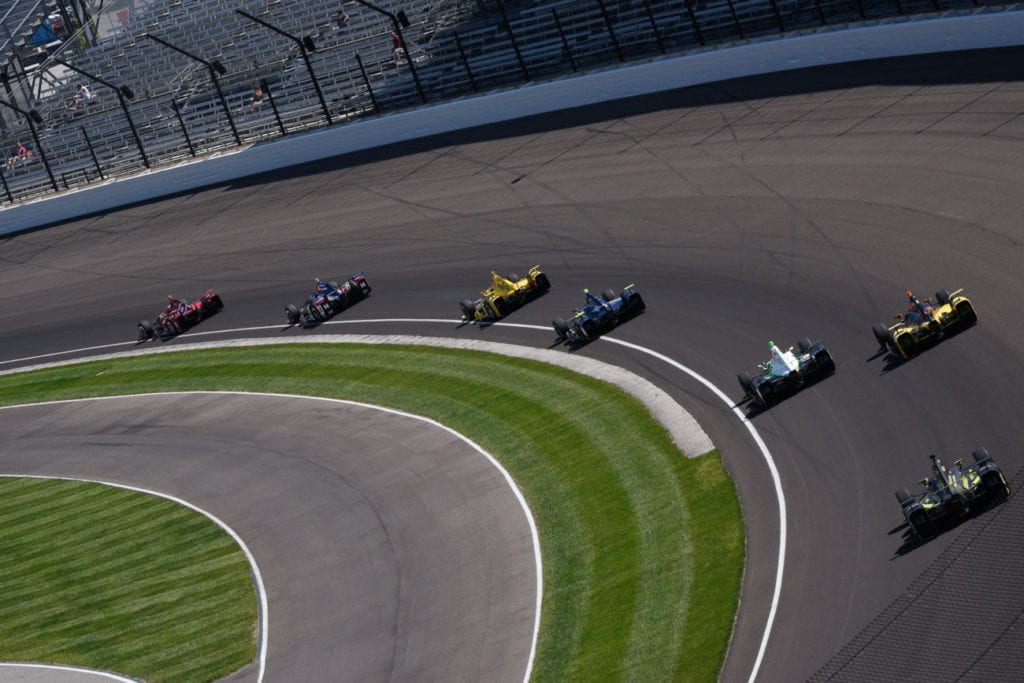