Apparently McLaren Is Looking To Buy Out An Existing IndyCar Team

McLaren has been teasing a full IndyCar entry for a while now. Recently, McLaren CEO Zak Brown has said that a full entry has depended on how well the F1 team is doing and, with things on that front arguably looking stronger than they have for years, it seems that seeing the papaya cars racing stateside full-time next year could be a real possibility.

However, rather than partnering up with another team as it has done for its Indy 500 entries (with Andretti Autosport in 2017 and Carlin in 2019) or building up a squad from scratch, it seems McLaren may be looking to simply take over an existing team.

The co-owner of the Schmidt Peterson Motorsport team, Sam Schmidt, told the Indianapolis Star that McLaren has apparently spoken to every team in the series about striking some sort of deal:

“I think from June to last December, [McLaren] has talked to everyone in the paddock about everything from partnerships to equity to whatever.”

In fact, SPM has been rumoured to be the team in line to do some sort of deal. The team’s main sponsor, Arrow, also sponsors Alonso’s IndyCar, and even appeared on McLaren’s F1 cars in Spain. But Schmidt insisted that his team wasn’t for sale, saying:

“No [we’re not for sale]. Ric [Peterson, co-owner] and I finally got our heads above water! We got our heads down, good program here, five-year deal with Arrow.

“I think if there was a deal like that to be had [with McLaren], they’d probably be with us this month. But they’re not. Out on their own, and now they’ve bought all their equipment.”

“It’s as simple as this. We found a bunch of business with McLaren Automotive and did a deal [for Arrow to sponsor] the Formula 1 team. And that’s really as far as it’s gone. Literally, that’s as far as it’s gone… We’re happy with the way things are going.”

That’s a fairly firm shut-down, and it makes sense – SPM already has a very solid driver line-up in James Hinchcliffe and Marcus Ericsson, with Robert Wickens on the sidelines while he recovers from his injuries. Getting involved with McLaren would complicate that as there’s not really room for Fernando Alonso there – and it seems Alonso could well be a driver. He’s ending his WEC programme after Le Mans and Brown recently told RaceFans.net that Alonso has an ongoing contract with McLaren.

The theory behind McLaren joining forces in some way with an existing team would be a matter of logistics. It would be far easier for the team to take on a team’s base and existing infrastructure than to attempt to build up an entirely new one from scratch.

It makes sense, but the problem is that it requires another team to actually be receptive to a deal. SPM isn’t, and presumably the sport’s major teams of Penske, Ganassi and Andretti won’t be, either. Throw in some of the long-running squads like Dale Coyne Racing, RLL and Foyt which would presumably be in the same boat and you’re only left with a few minor squads which would be realistic options. If McLaren doesn’t want to start from the beginning, it may have to wait for someone to want out – and there are no guarantees of when that might happen. 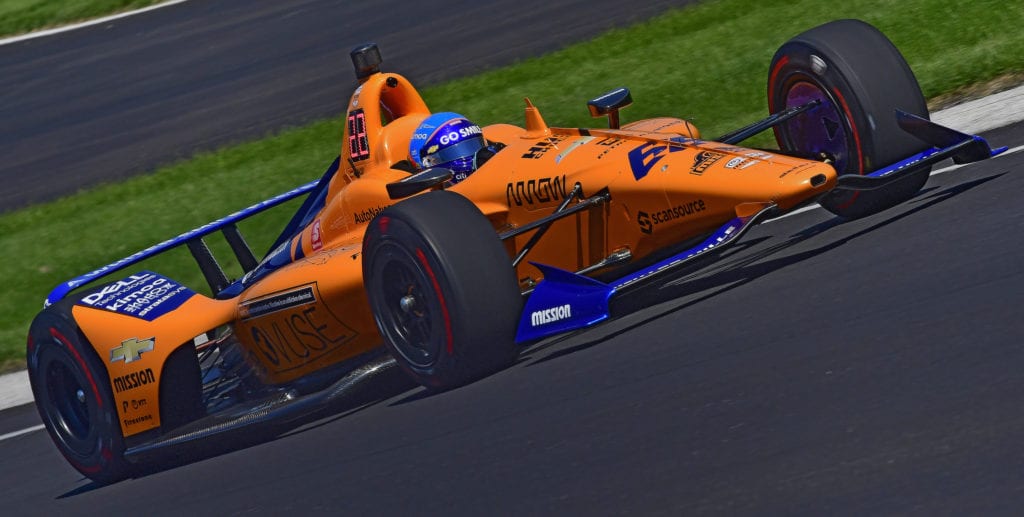