Apparently Ricciardo Hasn’t Actually Been In Talks With Ferrari

Ricciardo to Ferrari seems like an obvious move and in recent weeks it’s been the hot topic that the two parties are already in the early stages of a deal. Motor Sport Magazine columnist Mark Hughes believed Ferrari had an option on Ricciardo’s services, with some kind of ‘pre-contract’ in place to prevent the Aussie from talking to any other teams until July.

Unsurprisingly, Ricciardo completely denies it. When asked about the rumours during the press conference in Baku, he said:

“That is not true. I can say that. I’ve only had talks with Red Bull. Even already last year we have been pretty open with each other and through the media as well they say they are interested in keeping me. We have had some talks regarding this. I am aware of other reports, but there hasn’t been anything else. They are not true. At least not up until now. Certainly not.”

Well, that’s that then! Of course, he’s not exactly going to admit that he’s in advanced talks with another team, but if that was the case then he’d probably have been a bit more ambiguous with his answer, rather than just completely denying it.

One of the questions surrounding a potential Ricciardo-to-Ferrari move is just how he’d be welcomed into the team. He thrashed Sebastian Vettel when they were teammates in 2018 so he wouldn’t accept being invited into a number two role as Kimi Raikkonen currently seems to be.

The Aussie admitted that one of the things he’s looking for in any potential new team is the kind of fair treatment he’s experienced at Red Bull.

“These are certainly things I would, wherever I may be or go, I would always make sure there was some clarity. I wouldn’t want to go somewhere where I didn’t feel I had a chance. At the moment what I am chasing, to try to be world champion, it is my goal and dream and something I really believe I am capable of.

“If someone said, ‘we will let you here but you can’t do this’, that is not an attractive option to me. Is that the case somewhere? I honestly don’t know what is going on with other teams. At Red Bull there has always been really good clarity and fairness since 2014, since I have been there, so that has been certainly a nice environment and I would expect that environment everywhere.”

As exciting as it is to imagine Danny-Ric at Ferrari, you get the sense he’s a bit worried about whether or not he’ll actually enjoy driving for the team. For all the speculation, he’ll probably just end up sticking with Red Bull, especially if he can mount a title challenge this year. 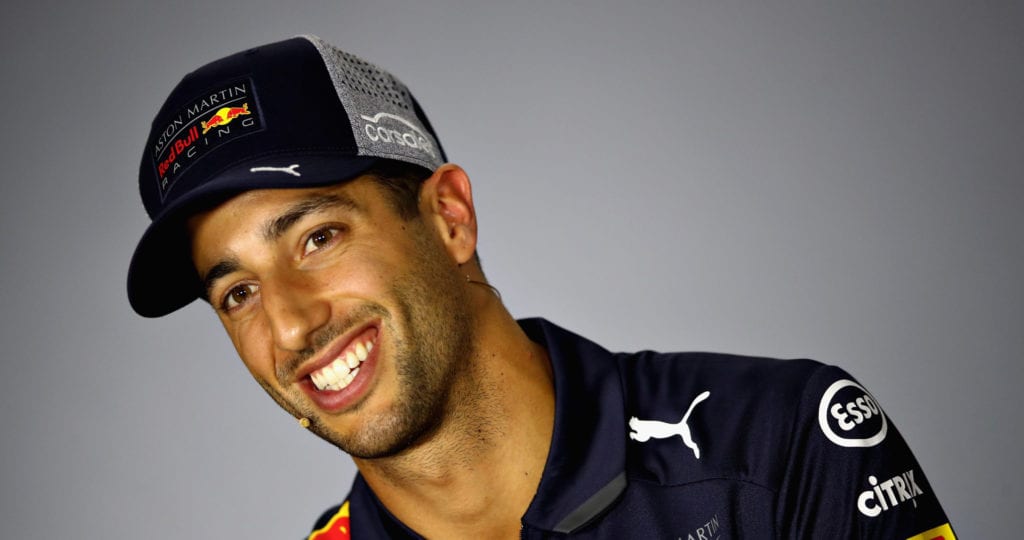